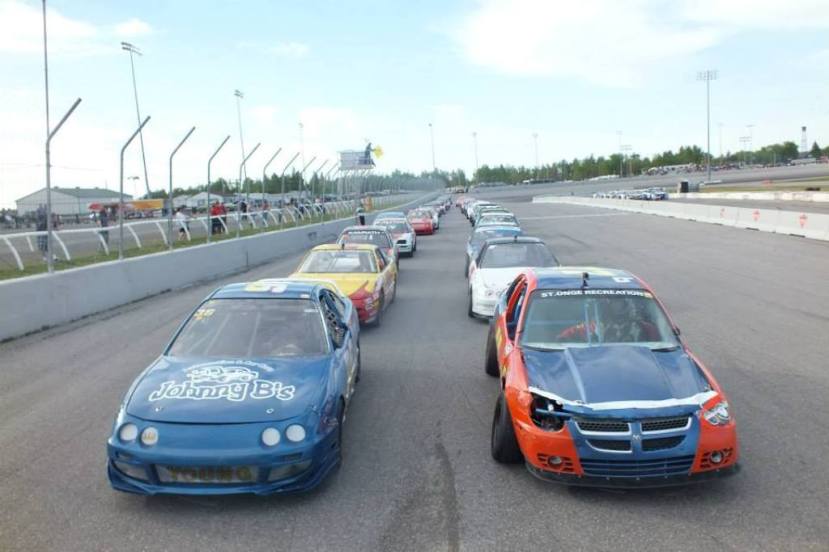 Though before we reveal the final 9 drivers, here are 10 other Mini Stock driver profiles for competitors who did not make the list. 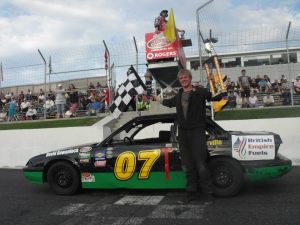 Specials: 2012 Chase for the Colours

Years Active: Been racing since 2008

Biggest Win: My first ever wins. I won at Kawartha on Friday night, and then won the next night at Peterborough – July 2011. Next would Chase for the Colours in 2012, and then the Velocity event.

Racing Plans Moving Forward: Going to continue racing in the modifieds with my brother Nick 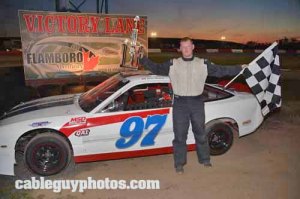 Notables: 14 feature wins at Flamboro in a single year

Tracks Ran At: Sunset and Sauble 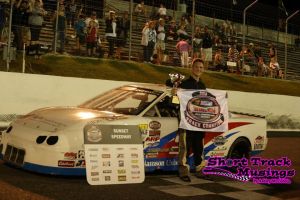 Racing Plans moving forward: APC Pro Late Model and LLM at Sunset and Peterborough. Hope to do some Super or Pro Late Model races in the states the next 2 years 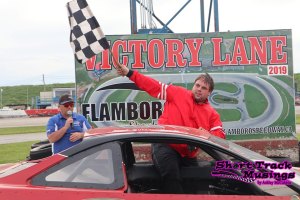 Tracks run in a Mini: Ohsweken and Flamboro

Championships: 2 Bomber and 2 Mini at Ohsweken; 1 Mini Stock at Flamboro 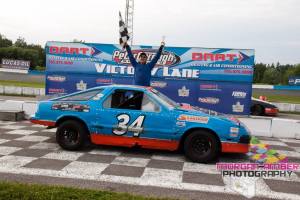 My biggest win was just a Saturday 20 lap feature, but I had a great green/white/checker duel with Ryan Oosterholt for the win. We nearly wrecked each other about 3 times in 2 laps

Best Mini Stock Racer: Andy Kamrath hands down. There is none better. I’ve raced against his cars with other people driving them and they’re just another car out there. But when he’s in it. WOW.

Notables: I have participated in FF50, Reynolds Memorial, Autumn Colours, Frostfest, Velocity, OSCAAR mini stock nationals; All the years we ran full-time, we never finished worse than 5th in the points; 5 Sportsman of the Year Awards; 3 Best Appearing Car Awards

Racing Plans Moving forward: 2020 is a big ????? right now. We were thinking of building a bone stock and fooling around with that or maybe a new mini, but with everything going on right now that’s all on hold for now. I’m for sure going to be at Jukasa in August with the neon and we’ll probably patch up the old Daytona and run mini a few nights at Pete once things get rolling again. 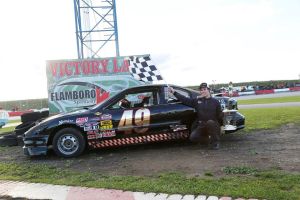 Racing Plans moving forward: Going to keep racing every year and see what kinda seasons we keep having hopefully be able to pull off some wins. 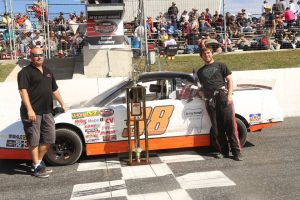 Current plans: To continue Ice racing, road race track days and drag racing, and look at getting back into oval racing when time off work makes it possible. 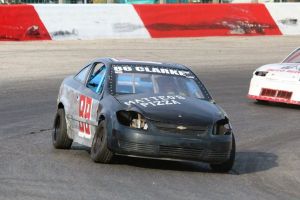 Other Notables: Second at Frostoberfest in 2016, Most Sportsmanlike Driver in 2015, Never missed an “A” main, “B” feature winner at 2015 Autumn Colours Classic.

Plans are to run a mini stock part time in 2020, as well as OSCAAR Hot Rod part-time. 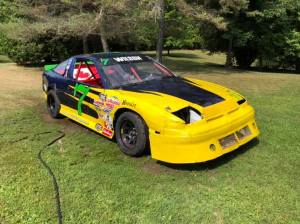 Biggest Wins: I won my first feature at Sauble – https://www.youtube.com/watch?v=M7XaQyISj0o&feature=share. I was DQ’d for the rear view mirror that was in my car since 2014 – I left it in for the rest of the season, I still have the mirror. It reminds me of how ridiculous the tech was back then. 🤣😬

Funnest race: Delaware open 4-cylinder, finished third behind Billy Schwartzenburg and Cory Young. Then ran the Australian Pursuit – I made it 2-laps before the 36 and 86 went screaming by, but what a blast, what a racetrack. My only time racing there.

It wouldn’t be right if I didn’t make mention that I would have never seen a checkered flag without Cory Young or Brian Wilson. Cory and I traveled everywhere together in 2015/16 and we had a lot of fun. He’s the hardest working racer out there and it was great to be wingman to the champ. Brian Wilson is absolutely the best teammate anyone could have ever had. Smart, dedicated, and a true grass roots racer. dedicated to making me better, and he made me better. I truly loved what we had and I miss it greatly. He was a great teacher, fan, coach, supporter and best of all a great friend. He’s a hard core racer and he is worth mentioning in any mini stock conversation.

Racing Plans Moving Forward: None at all, but I truly love and support the sport. I love the race, but I love the people more.