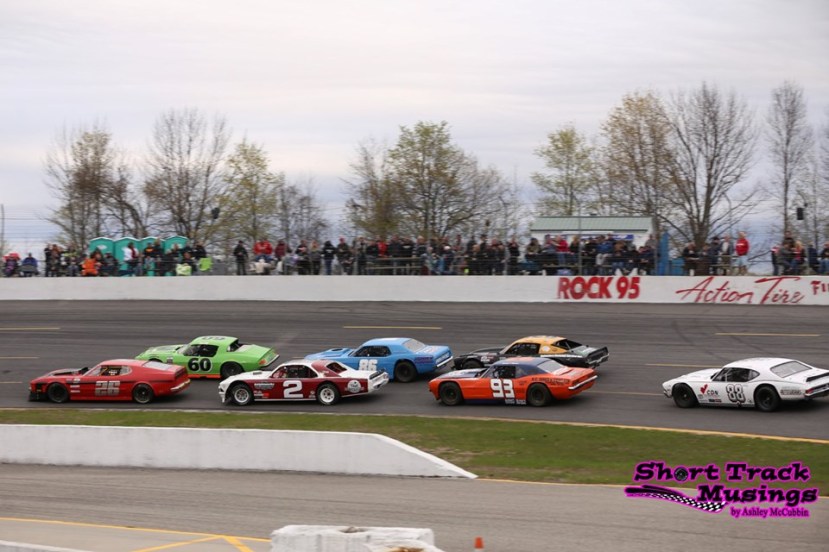 With OSCAAR ready to celebrate their 30th year of racing in Ontario, it seems that the classic cars stars are looking to capitalize on the added hype with a great season of racing across the province.

In keeping up with the discussion, here are some competitors who have openly discussed their 2020 plans as of April 21, 2020.

Battling up front through the season, Nick Clarke put together a solid Knightworks Design OSCAAR Hot Rod campaign en route to placing third in the year-end standings in 2019.

“This season was definitely a step in the right direction from last year,” he told SHORT TRACK MUSINGS. “A lot less mechanical issues, and much better results on track.”

Since the beginning stages of the Knightworks Design OSCAAR Hot Rods, Tyler Hawn has been one of the drivers involved with the series. The second generation racer was able to top Steve Book and Nick Clarke in the year-end standings for his third straight title in 2019.

“It feels amazing,” he told SHORT TRACK MUSINGS. “Three Championships in a row is no easy task. And this year it was the hardest one yet. The 47 Team (Bok) was on us all season and finished under 20 points behind us. That was too close for comfort. We will have to step it up if we want a fourth in a row next year, for sure.”

Battling hard on a weekly basis amongst the best in the Knightworks Design OSCAAR Hot Rods, Dalen Martin admits that his 2019 rookie campaign did not go as he anticipated.

“It was a year of learning a lot of new things,” he told SHORT TRACK MUSINGS. “Each track we raced at was new to us each weekend. Some weekend were good, others were bad, majority weekends ending with a torn up race car; my inexperience cost us a lot of good finishes, so it just left more on the table for a possible future.”

After spending the past couple seasons as a crew member, Jim Blackwell is ready to get back behind the wheel and be one of the contenders for the 2020 Knightworks Design OSCAAR Hot Rod Rookie of the Year Award presented by Ohsweken Speedway. 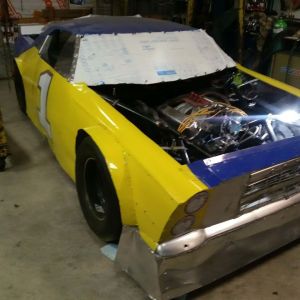 “I am really looking forward to it,” Blackwell said. “It’s been a long time since I’ve been actively involved in a constant program. I’ve been away from stock car racing for over 20 years, and got back in it two years ago when I built Dan Rothwell’s car, and I’ve been helping Dan ever since. So I’m really looking forward to being actively involved – not only as a member of a team, but getting behind the wheel again.”

The drivers eligible for the Ohsweken Speedway Rookie of the Year Award have experience across the province in a wide variety of motorsports, including multi-time Late Model Champion Tom Walters.

“Our thoughts – my wife (Anne) and I – were going to try and run as many OSCAAR races as possible,” Walters expressed. ”Right now, we have seven out of the 12 with the sponsorship, and then Sunset (Speedway) the rest of the time with the Super Stock at this point.

“Our goals are really not to set the world on fire or anything like that, but just to have fun, and to get to know a new bunch of people. This class really is a different bunch of people in racing that I haven’t raced against. I think that’s going to be the fun part of it. I didn’t know Paul Senior up until last year and we were introduced – what a great guy. If most of them are like that, it’s going to be fun. I’m looking forward to it.”

You can also add Amanda Balson to the field as she enters the series this season.

“I’m definitely excited to be involved with OSCAAR Hot Rod Series,” she said. “The series has been moving in the right direction since its inception, I’m particularly fond of the locked in rules package. That’s something I feel is an integral part of growth for any series. It’s been awhile since I raced in club like atmosphere (Lucas Oil Sportsman Series) and I’m looking forward to getting back into that and meeting and racing with new friends and old competitors.”

After getting his feet wet last year in Knightworks Design OSCAAR Hot Rods presented by Sauble Falls Tent and Trailer Park competition, Ryan Cowan is ready to step up his game heading in 2020. Through the winter, he noted that they have “stepped up the level of chassis,” with plans of having it underneath a 1959 Pontiac Bonneville body.

“We plan on really putting our best foot forward with a very capable chassis,” he commented.

Another one of those ROTY contenders, Robb Starr, is hoping that he can be part of the discussion all season long.

“My thoughts going into this season are to have fun and enjoy having my family out to watch me race again,” he said.

For the 2020 season, OSCAAR is introducing a team aspect to the series, which will allow up to three drivers to race a single entry and earn points towards the championship.

McLean Racing has already revealed their plans with the rule in play for the Knightworks Design OSCAAR Hot Rods presented by Sauble Falls Tent and Trailer Park, as they will have Jeremy McLean and Darin Malcolm split the driving duties.

“Jeremy and I have chatted about me getting in the seat here and there over the past couple years,” Malcolm commented. “This year just seemed like the year to commit to a program. Having a young family has taken priority over my summers, but now that they are a bit older, makes it easier to get back in the racing scene again and a chance for them to see and enjoy what I have done over many years.”

After showing speed last season, Jeremy McLean hopeful of being even stronger this season.

“Looking forward to going out there and competing each and every night,” Jeremy McLean commented. “It’s going to be tough. There’s a lot of great drivers with good equipment in this series, but in the off season, my small team did their homework and we feel like we have something to prove. We set the bar and our expectations higher than last season so we’re looking forward to the challenge, and competing for wins.”

After scoring a couple victories over the past couple seasons, Billy Alderson Jr. has become a common sight at the front of the Knightworks Design OSCAAR Hot Rods presented by Sauble Falls Tent and Trailer Park field. That’s a trend that he hopes to continue heading into 2020, as long as work does not get in the way.

“I’m kind of in-between right now, but I hope I am there for the full-season,” he said. “We’re allowed to take some weight out of our car now, which is good, should speed us up a bit, and the third year in the same car helps out as well. We kind of have the car figured out for the different tracks.”

Paul Senior burst onto the tour in a big way last season, scoring four top-five’s and five top-10’s, including a heat victory. It’s a trend that he hopes to continue into 2020. 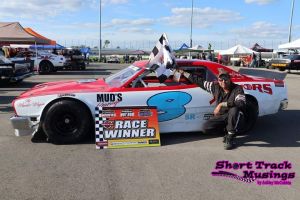 “My goals this year is to race all the events on the Hot Rod tour and compete every race for the win,” he commented. “I’d love to win a feature and finish top 5 in points. We have the equipment to do so now.”

After getting his feet wet last year with the Knightworks Design OSCAAR Hot Rods presented by Sauble Falls Tent and Trailer Park, Sean Walker is ready for this year to begin.

“Basically, I just go out to have some fun,” he commented. “I don’t take it too seriously as far as points, but rather go out for the moment.

“I am looking forward to putting the other car together. The ’55 Chevy is coming back out there, but we’re building a wagon, as well. We got the chassis done, so now we got to mount the body to it. It worked out that Dave (Gainforth) actually found me a body – it wasn’t too far, only an hour and a half away from here so I said great. It’s stuff that’s hard to find around here. “