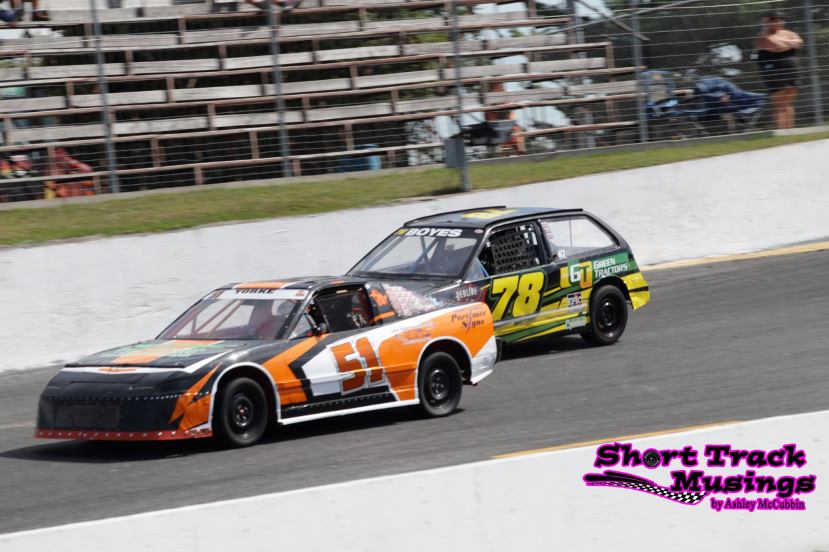 When the fans and fellow competitors were asked about the Mini Stock class, there were ultimately 34 names that came up throughout the discussions – bringing us to this point. Each of those drivers have been ranked, with their final position on the list being determined based on a combination of 40% fan vote, fellow competitor vote, and success last season.

2022 Plans: Running Flamboro Speedway this year, back to where it all Began. We are pretty excited to bring our mini stock back there as it’s a top running car almost every race. We will have Eric Stewart wheeling the No. 34 car when I’m off helping Tj Edwards in chasing another championship.
2022 Goals: To finish every race and just have fun. Hopefully win a few races along the way.
Drivers to watch: Karl sault, Shawn Taylor, Bobby Mercer, Cole Quinton and Cole Burrows. All top running cars and hard to beat for sure.
Most Memorable Moment: Winning up at Varney was a big one for me – running with all the top runners every race would be another.

No matter where Chris Pendlebury has unloaded over the past couple seasons, he has proven to be a threat for the victory in running up front amongst past division champions and feature winners. A couple podiums and checkered flags under his belt, he should be someone to watch in 2022. 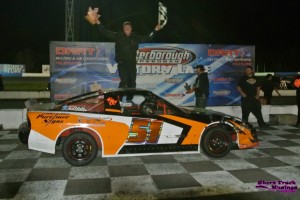 Eric Yorke could easily be ranked higher on the list, but lack of consistent appearances at the track may have played a factor in a lower placing. He proved to be fast at Flamboro Speedway’s Frostoberfest, coming back from a wreck in practice to almost take an igloo home with a top-three performance. He was also fast at Sunset Speedway once again, scoring a victory in his three appearances. Then there’s Peterborough Speedway, where nothing is left to be said as evident by scoring the Autumn Colours Classic victory. 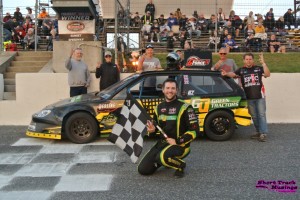 2022 Plans: B&B Racing will be fielding three racecars across two divisions. We have some exciting partnership announcements to make in the coming weeks. John Bird and I will be racing a pair of Honda’s in the Mini Stock division full time at Sunset Speedway. These cars will be returning with myself in the #78 Green Tractors / Redline Brewhouse / Epic Racewear / Image Wraps Honda, and the #77 Redline Brewhouse / Green Tractors, Epic Racewear / Image Wraps Honda. The #77 Honda has gone through some significant upgrades during the winter, and we look forward to shaking it down at Sunset come spring.
2022 Goals: This will be my first full season in the Mini Stock division, and we have a ton of success to build on from last season. We have done some refreshing to our engine program and we think our long term performance, as well as the continued handling and chassis success can lead to more trips to victory lane. We will also have two nearly identical cars, giving us the opportunity to try lots of new things and work towards a great season finish.
Drivers to Watch: Five Drivers hardly seems like enough nowadays with this growing division. – Josh Bullen: Reigning track champion, and someone who shows up weekly with the tools, knowledge and hardware to put the car in Victory Lane. A great family, great person, and someone to look forward to racing beside weekly. – Doug Butler: Meeting Doug last season was terrific. Back when I’d watch Sunset videos, you’d see Doug frequent victory lane, but when I arrived to the scene in 2019 he was on a hiatus from the racetrack. Fast forward to 2021, and Randi and Doug return. Quick racer, great car, knowledgeable beyond most, and terrific racecraft. A true pleasure to race with weekly at Sunset Speedway. – Eric Yorke: Your Fall racing champion at most tracks, and someone who is always in the hunt. Travels around and does well everywhere, which is a true comment not only on his ability to race, but also to travel and set the car up for what he sees and feels. Another great racer, guaranteed to race you fair each and every lap. – Will Gibbons: It goes without saying, Will shows up and everyone takes notice. Top tier equipment, well maintained, and someone who has the skill set required to make his car better throughout the race day. Always a great night when the #10 rolls up to the racetrack. – Dylan Sharpe: In his appearances in 2021, Dylan was dominant and on pace with those on track. Dylan has years of racing experience, a car that stacks up with the best, and the ability to make things happen when he gets out on the racetrack. Whether he’s making moves to the front or holding off a late race push, his skills are noticed in this division.
Most Memorable Moment: That’s a tough answer. That definitely comes down to my first Mini Stock win. Something about having some mechanical failures when you’re in a position to win, followed up by winning at a later date, that makes it feel that much better. Biggest moment was putting together a terrific Championship Season in Bone Stock, followed up by winning Velocity in the fall with some late race heroics. I’ll miss that division, and am thrilled about our new Bone Stock entry still being involved with the division. It’s a great place to learn, and I benefited greatly from the opportunity.

Entering the season, a lot of people were eying Matt Boyes to be someone that would be fast given the equipment underneath him and his ability to perform in Bone Stock competition. Those predictions were not wrong as this past year at Sunset Speedway, he scored three wins in six races, with just two finishes off the podium.