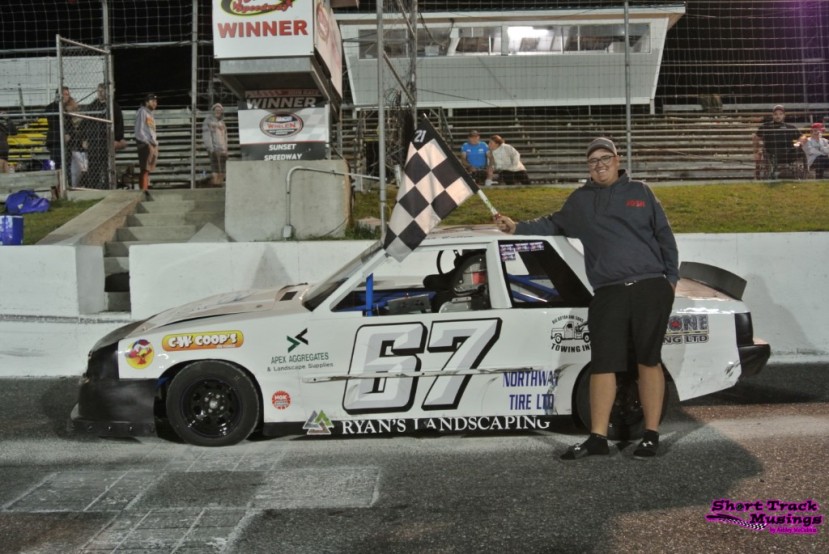 When the fans and fellow competitors were asked about the Mini Stock class, there were ultimately 34 names that came up throughout the discussions – bringing us to this point. Each of those drivers have been ranked, with their final position on the list being determined based on a combination of 40% fan vote, fellow competitor vote, and success last season.

Three feature victories with four top-five’s, combined with nine heat wins and 10 qualifier top-five finishes at Peterborough Speedway. It made for a memorable season, which shockingly saw him lose the championship by a single point to Jeremy Kelly.

The real reason he makes the list, though, is how long he has been a factor at Peterborough. Over the last several years, he’s the first name you think of when it comes to both Pure Stock and Mini Stock competition, and the Farm Bros Racing team. Just look at the amount of trophies, including Autumn Colours Classic wins, under their belt. 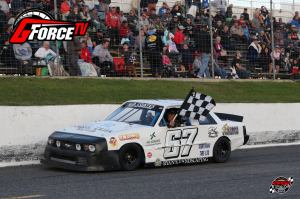 It’s crazy to think Josh Bullen did not come up on last year’s list, but yet is ranked at the top for 2022. He started off the Sunset Speedway campaign in 2021 in style, with everybody wondering just when he would park his mustang in victory lane. After a third and three runner-up finishes, he completed the feat on the fifth night of competition. The consistency remained in the weeks that followed with four more top-five’s leading to the Mini Stock Championship.

He also proved he is not just strong at one track, either, via his performance at the Autumn Colours Classic. He did not take home the victory in the racing honoring his sister, but he drove from the back on two occasions to score an impressive podium finish.

With him set to return to the Innisfil oval this Saturday night, expect him to be one of the drivers to keep an eye on all night long.