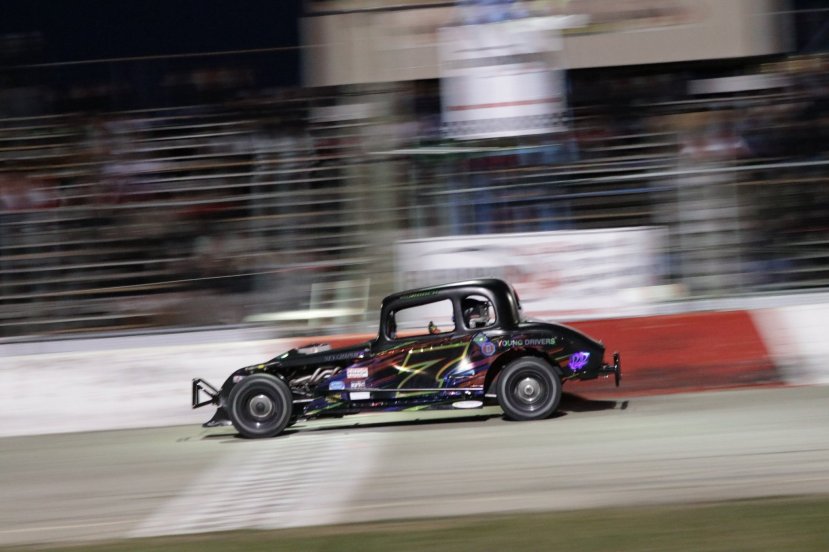 MILLGROVE, Ontario — After watching his night get off to a rough note at Flamboro Speedway, Quintin Murdoch rebounded for a podium performance in the second feature.

Starting third for the first feature, Murdoch felt good about his chances in moving forward and a checkered flag. However on the opening lap, a competitor would get sideways in front of Murdoch on the opening lap, resulting in contact and significant damage to end the event early.

The Murdoch Motorsports team went to work and was able to make the necessary repairs so Murdoch could take the green flag for the second 20-lap feature on the night. Starting mid-field, he wasted no time getting up into the top-five, running fifth with just three laps on the board. He continued to move forward, taking over the runner-up spot four laps later.

Through the second half of the event, he would try to track down the race leader, though unable to with the lack of yellow flags, ultimately scoring a second-place finish.

Through 21 races this season, Murdoch has only scored five finishes worse than fourth.

Murdoch Motorsports is proud to be supported by Young Drivers of Canada – Orangeville, Shelburne and Mount Forrest, and DJD Graphics for the 2022 season.

Keep up with Murdoch Motorsports all year long at https://www.facebook.com/MurdochMotorsports.

By: Ashley McCubbin / AM Marketing – ashleymccubbin17@gmail.com