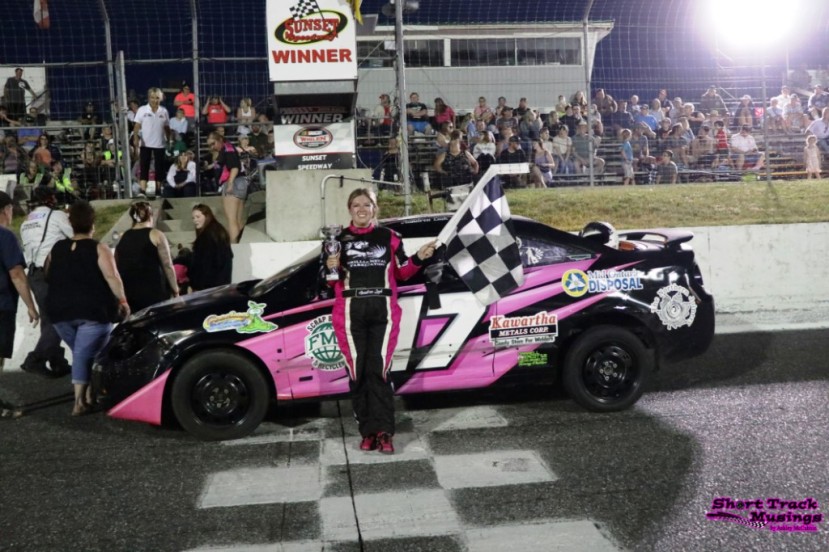 INNISFIL, Ontario — Aundrea Lusk got to celebrate her birthday in style on Saturday night at Sunset Speedway, courtesy of a trip to victory lane. 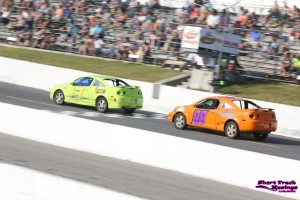 The second qualifier started off with a quick spin, courtesy of Cole Walker go around on Lap 2. Aundrea Lusk picked up the checkered flag ahead of Jacob Booth, Kris Khan, Nicholas Reece, and Walker.

Everyone scattered on the opening lap of the third heat as Oakes got squirrely, with contact occurring with Steele and Williams in the process. Steele came down pit road done for the event, while Williams headed pit side. Andrew Shilling went for the daily double in front of Reesor, Owen, Jennett, Ireton, and Oakes.

The fourth qualifier had drama of its own, courtesy of Walker going around in the grass in turns one and two. There was also contact between Khan and Booth, as Jacob Booth took the checkered flag ahead of Lusk, Khan, Walker, and Reece.

Aundrea Lusk wasted no time making her way forward, taking the lead on the third lap, with Shilling getting by his teammate Jennett a lap later to take over third. Steele made his way up to fourth in front of Booth, Owen, Reesor, and Khan. The field remain unchanged through the next several laps, with Ireton getting by Khan for eighth on Lap 14.