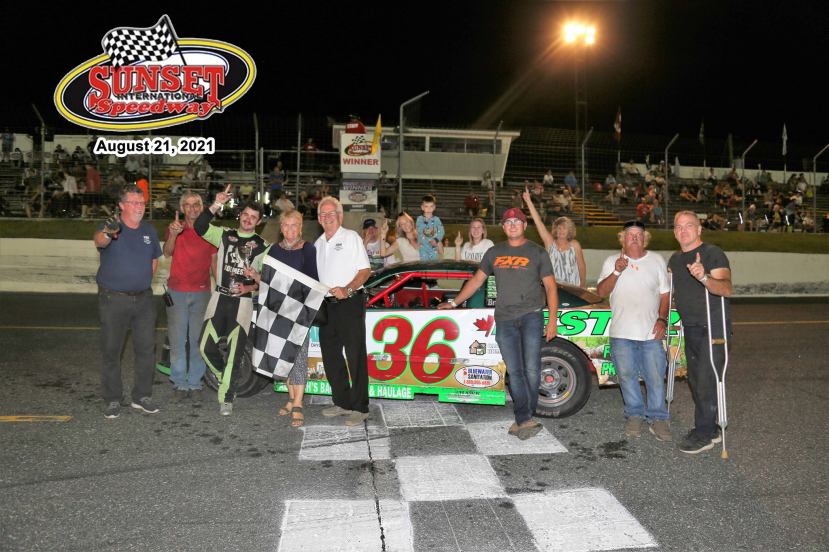 INNISFIL, Ontario — Despite starting mid-pack, Lane Zardo made his way through the traffic for a victory.

Starting 11th for the feature, Zardo quickly made his way forward, running third as of nine laps on the board. He was then able to reel in Cory McAllister, who has led to that point, passing him to take over the top spot with about 13 laps on board. From there, he was able to drive away en route to the victory. It marks his second victory this month, and third on the season at Sunset Speedway.

Matt Bentley was able to keep tabs with Zardo as the pair drove away from the field, handing him a season-best second in his return to competition this year. Veterans Frank Davey and Dwayne Baker would follow, with Gerrit Tiemersma rounding out the top-five.