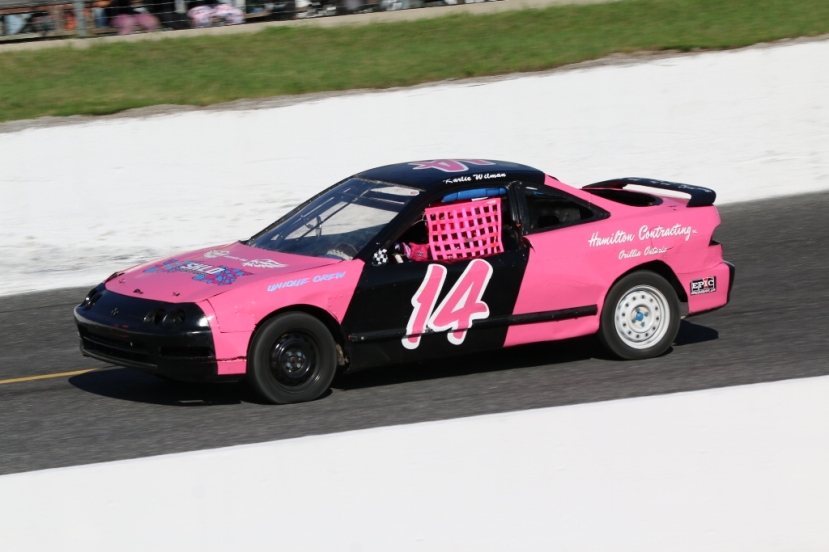 INNISFIL, Ontario — After a strong run last week, Karlie Wilman carried the momentum into this past weekend, picking up another solid top-five finish.

She showed speed through qualifying, picking up a fourth-place finish in both heats.

Come feature time, she avoided the early incident on Lap 5 to move up to fourth. Restarting on the second row, she held her own and remained there, until she was passed by her own teammate Austyn Jennett on Lap 15. She’d get initially passed for fifth three laps later, but battled hard to the checkered to retake the spot, and cross the finish line in fifth.

Following the event, a fellow competitor was disqualified, bumping her up to fourth in the final running order.