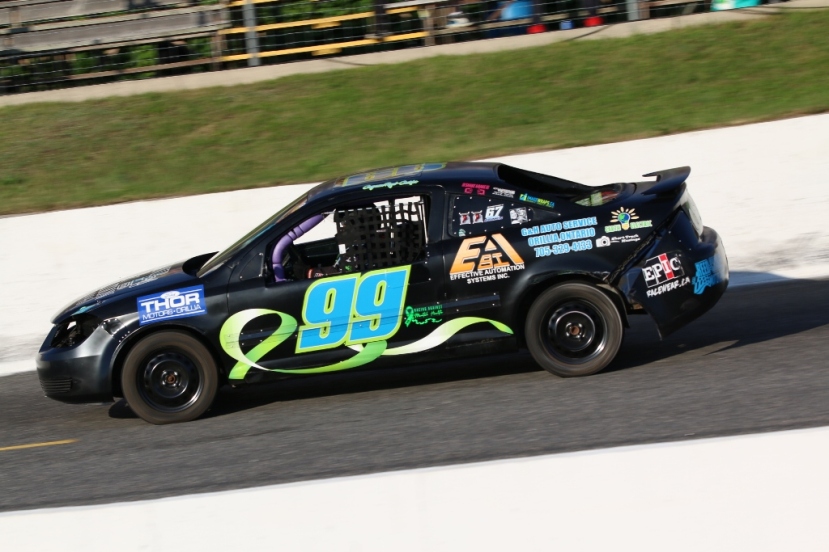 INNISFIL, Ontario — Despite starting off her night turned around backwards, Cheyenne Reed-Charles scored a top-10 finish in the feature.

She started off the night by placing sixth in her first heat. She started off strong in the second qualifier, when contact from behind spun her around in front of the field. She was able to escape with just minor bumper damage for a sixth.

She’d make her way up to sixth in the early stages of the feature, avoiding the next series of incidents, finding herself battle side-by-side for fifth on Lap 8. Still working out the woes from the weekend one crash and finding the right handling. she faded back through the next couple of laps to ninth with 10 laps to go. She found her ground, though, staying there till the checkered flag, though was bumped up to eighth when a fellow competitor was disqualified.

As previously announced, Reed-Charles has launched a campaign titled Race Against Mental Health, with sales from apparel, stickers, and more carrying the logo going to the Canadian Mental Health Assocation (CMHA).

Founded in 1918, CMHA is the most established, most extensive community mental health organization in Canada. Through a presence in more than 330 communities across every province and one territory, CMHA provides advocacy, programs and resources that help to prevent mental health problems and illnesses, support recovery and resilience, and enable all Canadians to flourish and thrive. You can learn more about CMHA by checking out their website at https://cmha.ca/.

Fans can keep up with the team and latest news throughout the winter by visiting their page at https://www.facebook.com/reedcharlesmotorsports.