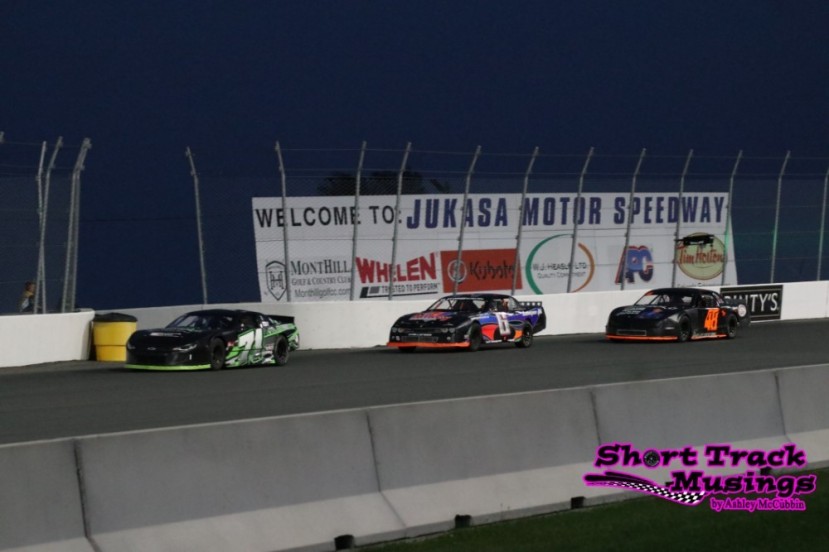 Out of the projects that I have tackled for the website since the formation, this is probably been the most difficult. It has been made as easy as possible, thanks to the dedication of several individuals who helped fill in the gaps for the past 10 years in regards to the history of the division. So to those who helped build the list, thank you for your contributions.

Even with every bit of data that you could imagine. it’s been difficult to put together the list. Quite frankly, there are several drivers that could easily be given the right argument to be placed higher or lower. Ultimately, this first part could be scrambled and put up in another order – and that’d be perfectly fine. It just shows the closeness and competitive nature this division continues to produce on a yearly basis, and why it has always had a fond place in my heart – even in those tough years.

As the lists are revealed, I am encouraging everybody to comment with their thoughts. Who am I missing? Who should be ranked higher? Who should be ranked lower? Who shouldn’t be on my list? Ultimately, who do you feel rightfully deserves the top spot? This is why I am doing this – to create conversation, while recognizing the accomplishments that are sometimes forgotten.

With that said, here is the first part of the list – showcasing spots 30th up to 21st. 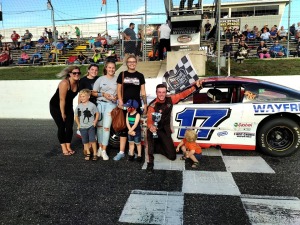 When the news broke that Gerrit Tiemersma would be moving up from Mini Stocks to Super Stocks, it was expected to see him be part of the conversation at the front of the field. Those predictions have proven true, with the No. 17 finding his way to the front on multiple occasions.

Although he has yet to secure his first championship, he has had a couple breakout moments, beginning with an invitational victory at Sauble Speedway in 2018. The momentum carried forward into 2019, as capping the year off at Sunset Speedway with a Fall Velocity victory.

If this is list is put together in another 10 years, don’t be surprised to see Tiemersma ranked higher as he continues to grow as a driver. 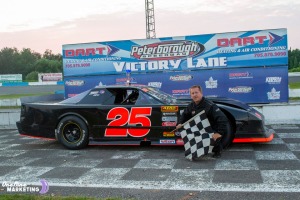 A long-time competitor, Mark Gordon has proven capable of running up front in no matter what he drives, whether that’s a late model, super stock, or modified. He proved that at Peterborough Speedway in 2019 with winning the Super Stock Championship with multiple wins under his belt.

A deeper look into his statistics could easily have placed him higher, but not mentioning at all would’ve been totally unfair.

Years of Experience: 20 Years
Biggest Accomplishment: Winning Flamboro Speedway Championship in 2016, and Ocktoberfest in 2010
2021 Plans: Not Sure
Best Drivers in the Past 10 Years: Shawn Chenoweth 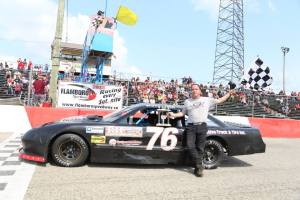 Shawn Arnott has been battling around Flamboro Speedway for a number of years, and it shows with the number of trophies that he can currently call his own.  On top of the success he mentioned, he also won one of the Canada Day Special features in 2015.

Varney Motor Speedway is one of the tightest tracks to get around in the province on a good night, with the bowl shape and being just a 1/4-mile oval. So when you can score multiple trips to victory lane, along with consistency to a championship, that should earn you some respect. That is why Matt Clarke is on the list, as a two-time track titlist. 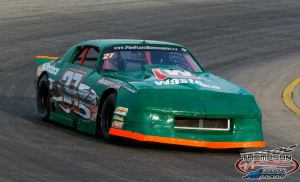 When you think of drivers that made Flamboro Speedway their own and had a knack for being successful, Kevin Albers isn’t someone left out of the conversation, commonly. That’s for good reason, as he was able to become a track champion and multi-feature winner prior to making the jump up to Late Model competition where he’s continued to thrive. 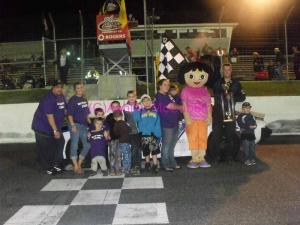 Being able to be successful at a single track takes a certain skill, though being able to do that at multiple venues is another topic all together. Nick Roth certainly left a memorable impression behind the wheel of the No. 17 Camaro.

If you made the trip to Sunset Speedway through the early 2010s, you could see him battling for wins at the front of the field against the regulars, even collecting a couple checkered flags himself. Though he also accomplished the same feat when he headed back to Flamboro Speedway, as evident by winning Frostoberfest in 2011.

If you’re talking with regular attendees at Flamboro Speedway, there are certain drivers they can pick out instantly from others, simply due to how long they’ve battled there and how they’ve made that place their home. Kevin Gallant fits that explanation perfectly, and not by any accident either. He was able to secure a championship in 2013, and came close to repeating the feat just a couple years ago (2017) once again.

Since making the switch to the Ontario Sportsman Series, he has not dipped his feet into the division as much, but certainly leaves his impact when he does with a couple top-fives’ under his belt each season. 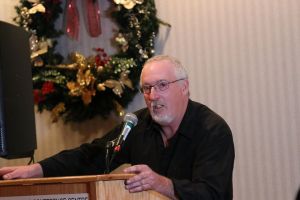 Years of Experience: 35 years
Biggest Accomplishments: Winning 5 championships – 4 super stock and 1 modified
Most Memorable Moment: Winning Autumn Colours Classic in 2003
2021 Plans: Late Model
Best Driver Over the Past 10 Years: Ken Grubb, because he can win at any track he goes too

Experience can sometimes separate you from the rest of the pack, and that’s the case with Donny Beatty. It seems when the payout window is opening, he finds a way to put himself into the conversation. He also knows how to be smart about his approach, which paid off en route to being crowned the 2013 Peterborough Speedway Champion. 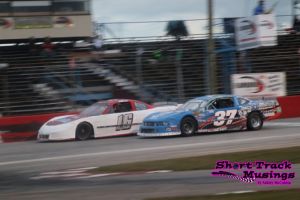 If you’ve hung around the beach, then you have certainly crossed paths with Marvin Freiburger. You also probably done so in travels to other tracks, as well, as his team is known for traveling around the province and making a statement. There was a time in super stock competition that no matter the special, he was always up front and part of the conversation. He was able to get the job done at Sunset Speedway, via winning the Fall Velocity.

While there’s only one crown jewel victory mentioned over the past 10 years, he still earns his righteous spot on here via the several checkered flags held at Sauble on regular nights, and running up front through this past season to prove he can still get the job done. 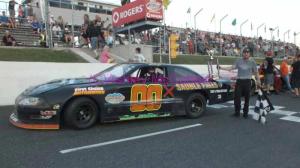 When Joe Adams was a regular behind the wheel, Sauble Speedway was his home track and he certainly had success with multiple trips to victory lane. Though as he notes, it was those trips on the road that brought the most rewarding experiences, being able to beat the best of the best in their own playgrounds.