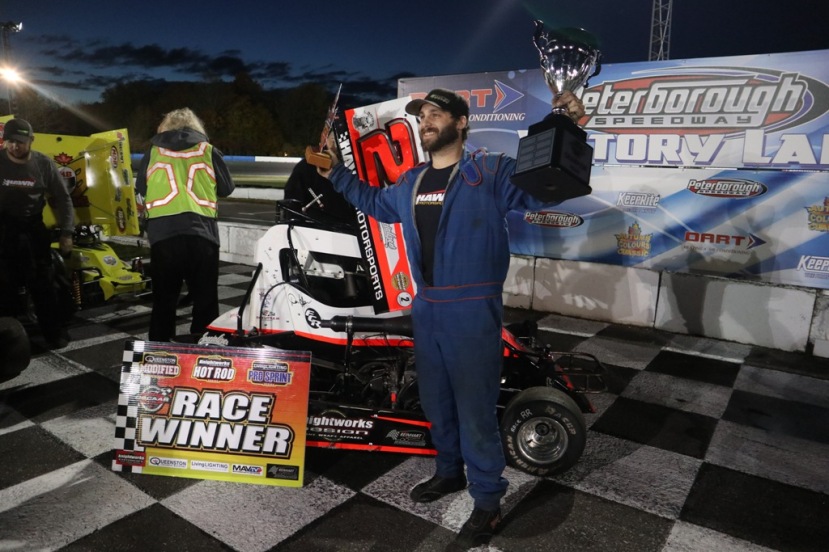 The drop of the green would see Elliott and Battilana battle for the lead, with Stanley and Hawn side-by-side for third. Battilana grabbed the top spot on Lap 2 with Hawn moving into second ahead of Stanley. Hawn then took over the lead a lap later, with Stanley following him through a lap later. The race’s lone caution came out on Lap 3 for Holmes going off the track in turn one.

Hawn got a good restart to hold down the lead ahead of Stanley, Battilana, McCall, Elliott, Summers, Cullen, Taylor, and Triska. Taylor would then pass Cullen for seventh on Lap 9, with McCall by Battilana for third four laps later. unfortunately, Elliott’s strong run came to an end when his car broke on Lap 16. Taylor and Cullen continued to battle, trading back and forth sixth a couple times through the final half of the race.