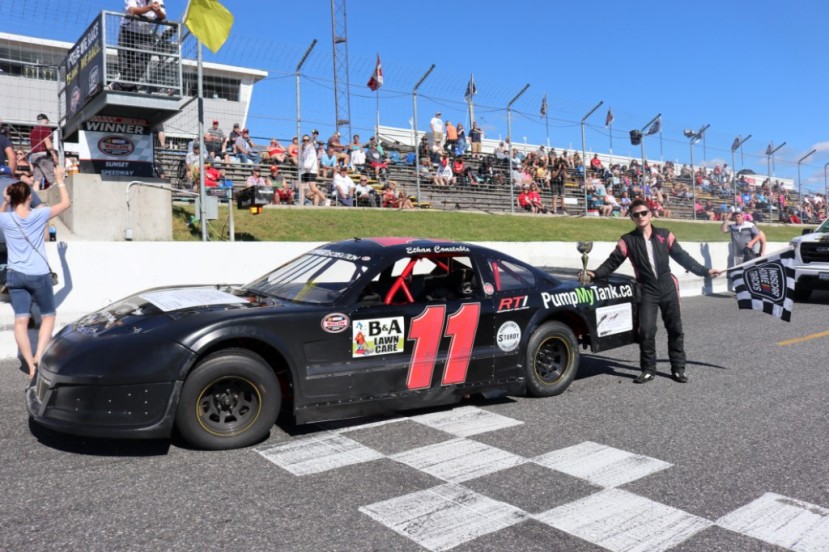 After coming close a couple different ways the past couple of years, Ethan Constable put everything together on Sunday afternoon to score the victory in the St. Onge Recreation Super Stock feature.

The feature did not start of smoothly, as Everingham ran into problems on the start, causing him to slow dramatically. He’d be able to get up the track and off to the pits without causing further issues for himself or his competitors.

Ethan Constable used the track position to his advantage, leading all 30 laps en route to his first career victory. Dustyn Mombourquette was all over his bumper through the opening laps, but was unable to make anything happen en route to a second-place finish. Tom Walters finished third, followed by Brandon Passer and Frank Davey.