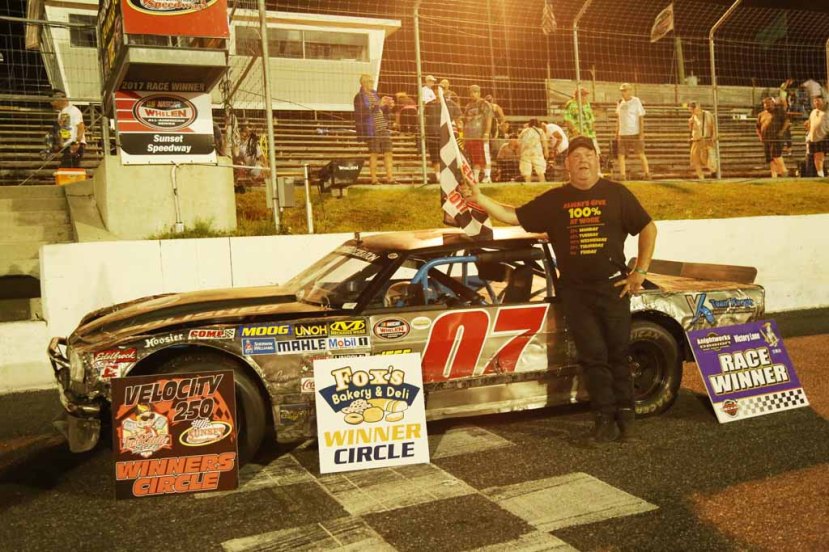 Going back and forth with Kenny McNicol at the front of the field, Dan Archibald scored his second career OSCAAR Hot Rod feature victory at Sunset Speedway’s Velocity 250. 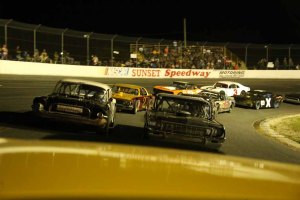 Come feature time, the bad luck continued for Clarke as he’d head down pit road in the early laps with an issue. Meanwhile, the action on-track had fans entertained. Misener grabbed the early lead off the pole, with a thrilling three-wide battle behind him between Archibald, McNicol and Price for second.

Archibald got the spot, before chasing down Misener, and taking the lead. McNicol was quick to follow him through, along with Price, Hawn and Foster. From there, the second half of the feature was all about the battle for the lead, as McNicol tried everything that he had to make a move on Archibald. Unfortunately, none of the tricks worked as it was Dan Archibald taking the win ahead of Kenny McNicol.

Behind them, Tyler Hawn made a couple strong mid-race passes to finish third, followed by Lance Foster in his OSCAAR Hot Rod debut. Dan Price rounded out the top-five after starting second, followed by Adam Misener, Jerry Broom, Douglas Fischer, Jerry Luckhardt, and Nick Clarke. Notably, the battle between Broom and Fischer had the attention of fans as they got close a couple times.