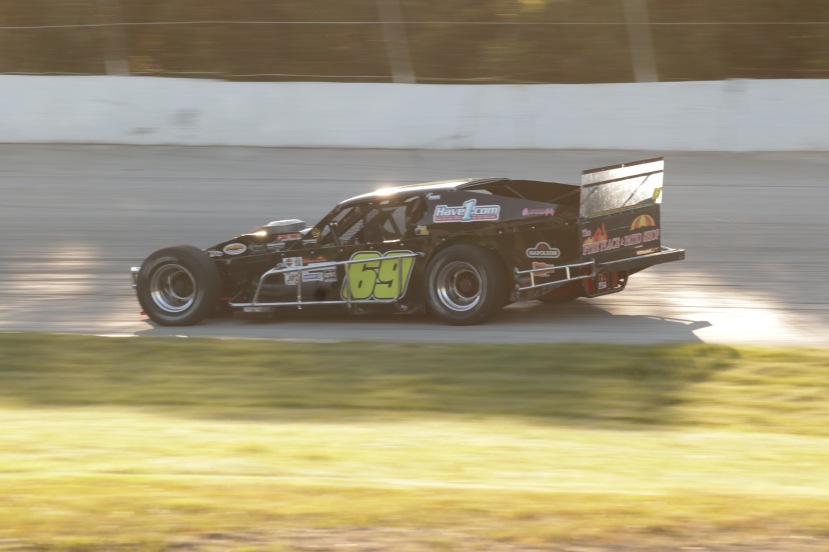 SAUBLE BEACH, Ontario — Forced to battle against adversity with contact and other issues through the night at Sauble Speedway, Wally Wilson would place outside of the top-10 on Saturday night.

Wilson scored a eighth in the first heat as he tried to find his groove for later on that night. He started pole for the second qualifier and looked strong at the beginning, before mid-race contact with a fellow competitor derailed him to an eighth.

Starting at the back for the feature, he would look to work his way forward and up the running order. However, faced with being unable to line-up correctly for the start along with steering issues, it became a tall order in which became too much to overcome. Ultimately, Wilson crossed the finish line with a 15th-place finish.

Wilson will be back behind the wheel of the Queenston Chevrolet Buick GMC OSCAAR Modified on June 25 at Sunset Speedway.