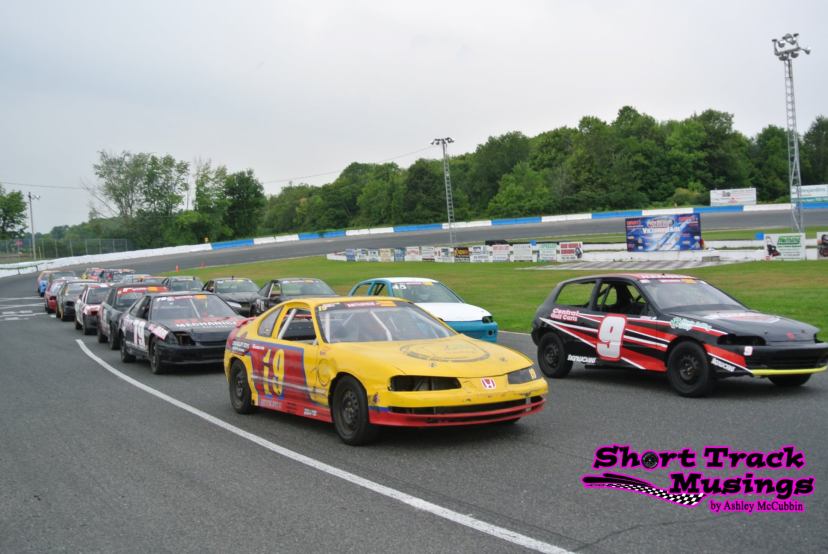 When the fans and fellow competitors were asked about the Pure Stock class, there were ultimately over 70 names that came up throughout the discussions – bringing us to this point. Each of those drivers have been ranked, with their final position on the list being determined based on a combination of fan votes, fellow competitor votes, and last year’s success. 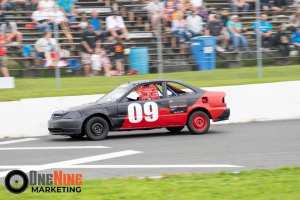 2022 Plans: Another full season at Peterborough Speedway in the bone stocks
2022 Goals: After running the full season and finishing eighth in the Bone Stock points at Peterborough Speedway in 2021 – looking for better results, some wins and a better points finish in 2022
Drivers to Watch: Kyle Novis, Angelo Novis, Johnnie McIntyre, Tegan Stanley and Victoria McLennon
Most Memorable Moment: 2016 back when I was still racing go karts at Kawartha Speedway. Won my first race, finish second in the season points and won most improved driver award.

Fresh off his rookie campaign at Peterborough Speedway, Cory Horne scored four heat top-five’s, as well as a season-best 11th. He will look to break into the top-10 in 2022.

Known more recently for his crew chief abilities, he has been able to help other drivers find success in the division, notably Calvin Reesor in 2021. Though prior to turning wrenches, he proved his own ability as a driver with trips to victory lane in four-cylinder competition.

2022 Plans: Going to race full time at Peterborough Speedway.
2022 Goals: Hope to keep the car in one piece and finish the season. Have not raced full time since my massive heart attack 4 years ago. Have only been in a race twice since then.
Drivers to Watch: Sean Kennedy, Jake Kelly, Ang Novis, Steve Finnegan and Kyle Novis. All drivers that I will be racing against this season.
Most Memorable Moment: Being able to drive a 40 lap Feature two years ago. Did not think I would race again. I will probably be the oldest driver at 67 in the Bone Stock class at Peterborough. Looking forward to it.

It’s not just about kids in the division, as Keith Parkes mentioned in his comments. He also should not be counted out of the conversation, having secured checkered flags in the past. 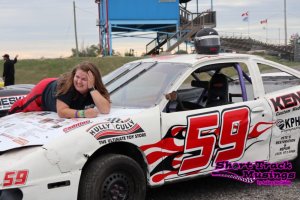 2022 Plans: Finish higher up in points, and hopefully get a win
2022 Goals: Continue to prove the girls can race cars just as good as the boys, if not better.
Drivers to Watch: Nicole Stewart, Kris Lawrence, Reece Bourgious, The Sterrit girls, Pete Vanderwyst Jr
Memorable Moment: Other then winning a heat race, I’d say flipping on my roof was pretty cool – not fun to fix, but looking back it was pretty cool

Racing against a highly competitive field at Delaware Speedway, Kassy Howard has continued to hold her own as evident by placing 12th in the season standings in 2021.

Getting her feet wet behind the wheel in a limited amount of previous starts, Shiann Wilman will be looking to follow in the footsteps alongside the rest of the SKLD Motorsports team. With the continued improvement they have each shown the past couple years, it creates high excitement for Wilman’s potential.

2022 Plans: To build on what I learned last year in my shortened season. Key for me was seat time and with every lap I learned how to feel the car, and got faster & a lot more comfortable driving it in harder. Now it’s race as much as I can, run consistent laps & challenge the guys up front. I always would like to travel around this summer to tracks I’ve never ran at.
2022 Goals: Work harder than last year, learn the new car and improve on my corner entry, be more consistent. Also battle for my first podium racing against stiff competition, further gaining experience/skills needed to move up in divisions. Tight door to door racing etc. Picking up this new ride that’s shown speed last year it comes down to me, I have to get better as a driver, if I’m going to park it in victory lane this year. y expectations are to race my race & hopefully run upfront contending for top 5’s or better. That being said, Sunset has a lot of fast guys & ladies out there; it’s anyone’s race on any given night.
Drivers to Watch: Cheyenne Reed, Austyn Jennett, Andrew shilling, & Calvin Reesor. However that being said, there’s a handful of cars that shown great speed last season that will be back out there with improvements to their programs. Could be a lot of first time winners this year.
Most Memorable Moment: Racing for the first time at Sunset Speedway, a track I grew up around when I was a little kid. I used to sit in the grandstands playing with my hot wheels during the races wishing I was out there aha. Fast forward to 2021 after racing at other tracks during the 2020 Covid shortened season, I finally took the green flag at the track I’ve dreamed of racing at! Topping it all off I managed to place fourth in the heat & 10th in the feature, scoring my first top 10 at Sunset.

Despite running a limited schedule at Sunset Speedway this past season, Jonathan Vey was able to make it memorable with a 10th-place finish right out of the gate. He also showed speed in travels around the province, as well. 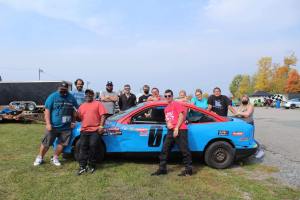 2022 Plans: Race a full season
2022 Goals: Finish in the top 3 for points, and expectations are to just go out and have fun
Drivers to Watch: Ang Novis, Jake Kelly, Kyle Novis, myself, Tegan Stanley
Most Memorable Moment: Finishing ninth for points standing and most memorable was racing in the b-feature at Autumn Colours, running in third place, but ended with a black flag

Competing in his first campaign at Peterborough Speedway, Kyle Johnson showed speed as evident by a pair of feature top-10’s and a heat top-five. With momentum riding off the speed shown at ACC, he will look to be a consistent top-10 contender in 2022.

Stay tuned to meet the flyin’ 49 – and if you get that reference, you’ve been around racing for a while.