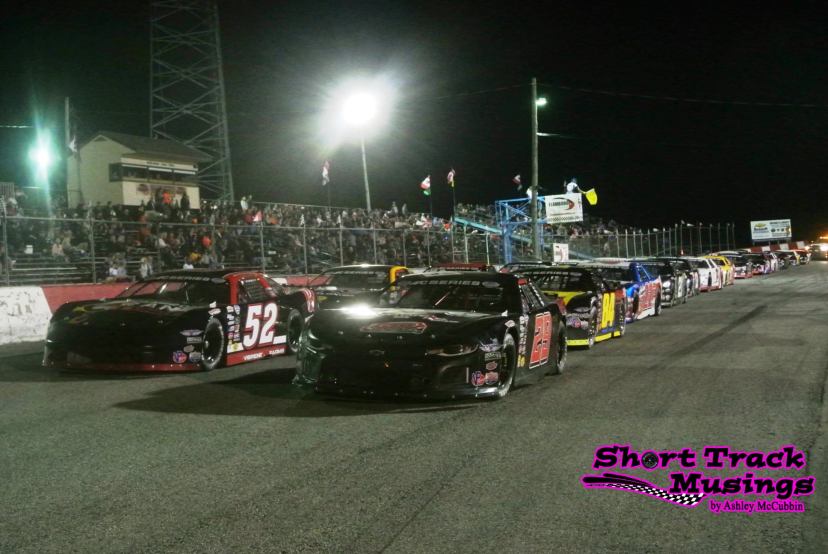 With each season that comes up in the Ontario short tracks, there is always a list of drivers that everyone is keeping an eye on with each other division, wondering how they’re going to perform. The Pro Late Models are no different, as evident by the success and strength of the APC Auto Parts United Late Models of Ontario since they launched.

There are a bunch of drivers who are capable of winning, but here are 20 drivers that are on the radar of people across the province. 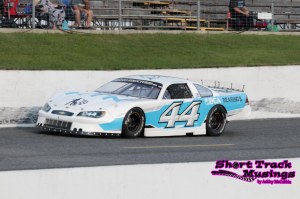 2022 Plans: The entire Sunset Speedway Pro Late Model series for 2022. Always a possibility for me to bring the mustang out on off nights, but the pro late will be my main focus.
2022 Goals: Since 2021 was not only a huge jump, but also a very short year (only 3 events), I still have a boatload of things to learn in these cars. My goal is to improve each time I’m in the car, and hopefully have a solidly competitive year. The beauty of this division is the talent level within it. I’m running against the best of the best, so just to be competitive and be able to race with the fields is where my expectations are.
Drivers to watch: Since I’m running sunset speedway, I usually watch guys that are strong there, to see what I can learn. Obviously Dale Shaw is a given. Dwayne Baker is another that jumps to mind; he gave me some advice on my first night last year that was super helpful. Jordan Howse is another I watch; he was impressive at Sunset all of the 2021 season.
Most Memorable Moment: In my very brief late model “career,” I’m really just happy to be here, to be given the chance to run at a level I never thought I’d be able to.

The 2021 season at Sunset Speedway for the Pro Late Models was plagued by weather, resulting in a much shorter campaign then originally anticipated. Samantha Shaw still made the most of the opportunities, gaining experience each weekend with a season-best finish of 11th.  While new on the PLM radar, she has experience behind the wheel, as evident by multiple victories through the past 10 years in the Mini Stock division.

2022 Plans: The full APC Late Model Series with Shaw Motorsports, as well as continuing to crew chief for Cole Quinton in the mini stock division.
2022 Goals: This will be a bit of a moving target to be honest. I still don’t have a lot of experience in a Pro Late Model yet and three of the five tracks on the schedule this year I have never turned laps on. In the few starts I have been able to make, there has been a lot of positive takeaways and I feel like there has been some potential to run towards the front. If we can run in the top 10 to start the year off and then start to try and build on that in the second half of the year, I am hopeful some strong finishes will follow.
Drivers to Watch: Kyle Steckly – to win in your first ever APC start is impressive; I think everyone is curios to see how he does running full time. Dale Shaw & Blair Wickett – everyone keeps a close eye on how their team mates are performing right? Josh Stade – I have been able to watch quite a few APC races at this point and Josh has been so close so many times, I think it would be really cool to see him get his first APC win. Brandon McFerran – I don’t know if he has any plans to run a Pro Late this year, but he had some absolutely terrible luck the few starts he made last year. It would be great to see him try again.
Most Memorable Moment: Without a doubt, winning Frostoberfest in 2018 (in Mini Stocks). All year it was a struggle to find any speed in the car and there were quite a few frustrating nights throughout the summer. To cap the year off with a win like that was very rewarding. There were quite a few people that worked really hard to help make that happen and they were all there to see it.

2018 Frostoberfest Mini Stock Champion Erik Dalla Riva has gotten his feet wet in Late Model competition the past couple years at Flamboro Speedway, though unfortunately suffered some tough luck in his lone 2021 appearance. Another proven mini stock competitor, it will be interesting to see how he progresses this year.

A regular at Flamboro Speedway, Rick Burbridge was able to experience success last year with no finishes outside of the top-five, including a trip to victory lane. Although considered someone to watch battle for wins, he could be an early dark horse for your Flamboro Speedway track championship.

Fresh off his rookie campaign in Pro Late Model competition, there was a lot of potential shown with a sixth-place finish at Sunset Speedway, as well as top-10’s at Flamboro Speedway. Combined with showing speed at Sauble Speedway’s Beat the Heat 100, gaining more experience this year could see the No. 48 work his way into the top-five.

If there’s evidence of a driver getting stronger with each season in the books, Tyler Di Venanzo is the man to look at. He has continued to put himself more in the picture for top-10’s on the APC tour, scoring an eighth-place finish at Flamboro Speedway. With a new car underneath him for 2022, it will be interesting to see if everything comes together for some good consistency.

Stay tuned for the next part of the list