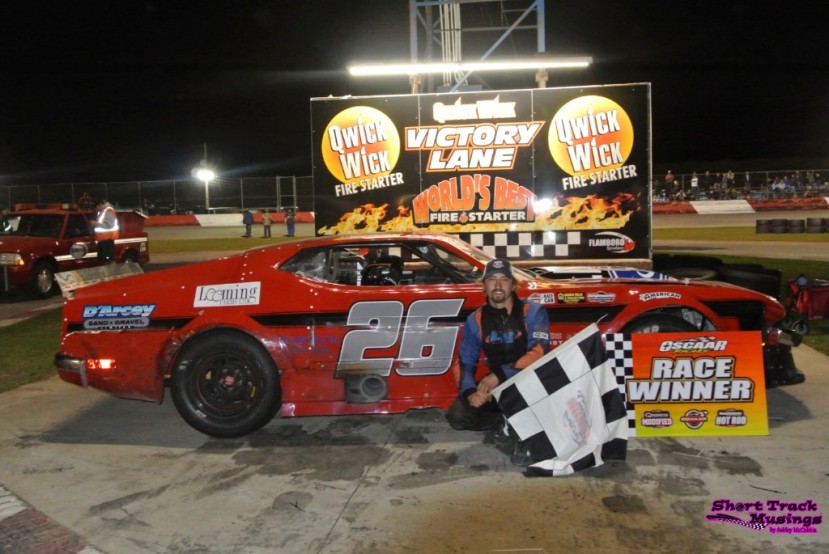 Weber would grab the early advantage ahead of Broom as Balson battled Book for third, but the caution came out for an incident on the front stretch involving Adams, Cowan, and Dean Martin.

Weber got a good restart as Balson slipped into second ahead of Broom, Hawn, Dalen Martin, Book, McMaster, Nick Clarke, James, Foster, Thompson, and Hopkins. Hawn would then get by Broom for third on Lap 6, and continued to move forward with a pass on Balson for second a couple laps later.

Martin would get alongside Broom for fourth on Lap 9, completing the pass a lap later, bringing Book, McMaster, and Clarke through with him. Broom now ran eighth in front of James, Foster, Thompson, Blackwell, and Hopkins.

The caution then flew on Lap 23 for Blackwell stalling into turn one. The restart would see Balson experience mechanical problems, as she would not go on the restart, stacking up the field. With the caution already out, contact occurred on the backstretch between James and Hopkins.

The restart would see Weber get away, as Dalen Martin and McMaster both got by Hawn, before the yellow flag reappeared on Lap 26 for Dean Martin blowing up down the frontstretch.

The restart would see McMaster moving into second ahead of Dalen Martin, with his sights set on Weber. Coming off of turn two on the last lap, the pair would make contact, resulting in Weber going around. As a result, both cars would be sent to the rear of the field, handing the advantage to Martin.

Steve Book now holds an 18-point advantage of Tyler Hawn with one race remaining on the schedule.

The next race for the Knightworks Design OSCAAR Hot Rods is at Peterborough Speedway on Sunday, October 10. Qualifying will take place on Friday, October 8 and Saturday, October 9.