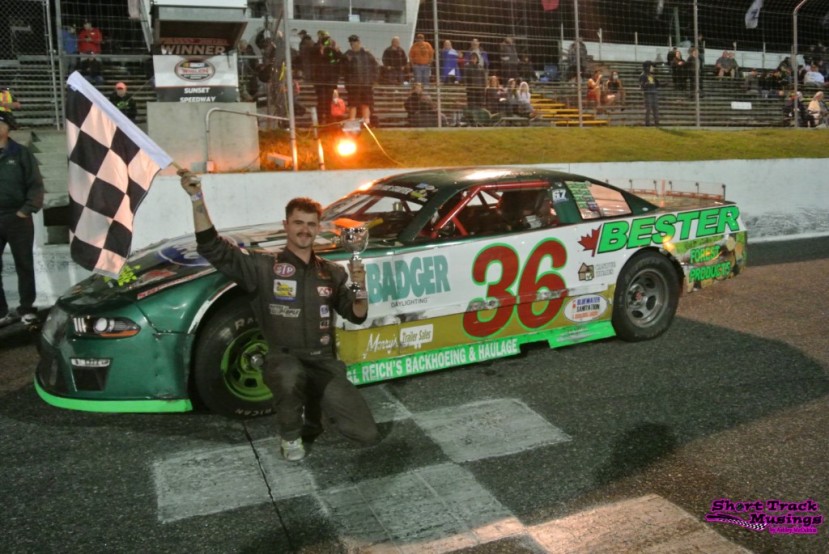 INNISFIL, Ontario — Despite being caught up in the front stretch parking lot wreck, Lane Zardo rebounded to score the Super Stock feature victory on Sunday at Sunset Speedway. 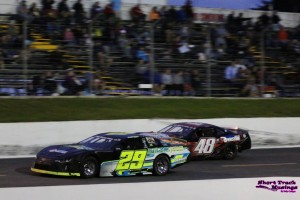 Lane Zardo doubled down ahead of Baker, Pepper, Robb, McFerran, and Boundy.

Frank Davey scored the win in the fourth qualifier in front of Passer, Bentley, McAllister, Collison, and Davenport.

The drop of the green saw a battle for the lead between McAllister and Robb, while Davenport ran side-by-side with Davey for third. McAllister got the top spot on Lap 2, with Davenport alongside Robb for second, as Bentley got alongside Davey for fourth.

The caution would come out on Lap 4 as a result of a parking lot on the frontstretch. Robb would get sideways on the outside of Davey, coming down into him, getting him sideways, with Baker up on Davey, and Zardo up on Baker. With 27 laps to go, McAllister led Davenport, Bentley, Collison, Passer, Pepper, McFerran, Boundy, Robb, Zardo, and Davey.

McAllister and Davenport battled for the lead on the restart, with Bentley and Collison side-by-side for third. Bentley got the spot on Lap 5, with Passer and McFerran following him through. McAllister would take the top spot two laps later, with Bentley challenging Davenport for second in front of Passer, McFerran, and Collison. 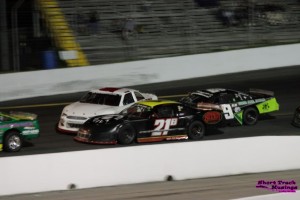 McAllister now ran third in front of Davenport, Zardo, McFerran and Davey, with Pepper and Collison side-by-side for eighth. Pepper took the spot on Lap 15 ahead of Collison, with Robb and Boundy rounding out the top-10. The shuffling continued through the field, with Davey getting alongside McFerran for sixth on Lap 16.

With 17 laps on the board, Bentley led Passer, McAllister, Zardo, Davenport, Davey, McFerran, Pepper and Collison, as Robb headed into the pits. Davey would move into fifth on Lap 19, with Pepper getting by McFerran for seventh a couple laps later. Zardo continued to move forward, passing McAllsiter for third on Lap 25.

McFerran would work his way back alongside Pepper for seventh, when the caution came out on Lap 27 for Bentley blowing the motor. The restart would see issues on the backstretch, resulting in another yellow flag and the nose tore up for McFerran.

The restart would see a battle for the lead between Passer and Zardo, with Lane Zardo grabbing the victory.