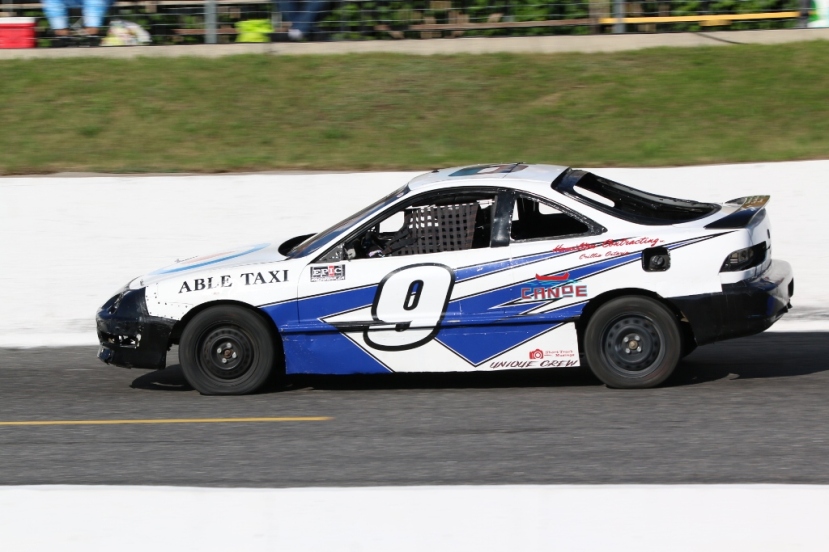 INNISFIL, Ontario — Despite being involved in an early incident, Austyn Jennett would rebound for a top-five finish on Saturday night at Sunset Speedway.

Jennett started off the night showing speed with a fourth and a second in his pair of qualifying heats.

He started out the feature showing speed, battling his SKLD Motorsports teammate Andrew Shilling for fifth in the early laps. Unfortunately, the pair of drivers got together ahead of him in turn one and two on Lap 5, leaving him nowhere to go, with Jennett getting caught up and going around.

After a quick trip down pit road, he would restart tail of the field, avoiding the pair of incidents on the next two attempts at a restart. He would then move up to eighth in the early laps, getting by Jordan Owen for seventh on Lap 8.  He continued to move forward, breaking into the top-five on Lap 13, before passing his teammate Karlie Wilman for fourth two laps later.

Jennett would cross the finish line in fourth, but was bumped up to third in the final results due to a fellow competitor being disqualified in post-race technical inspection.

Despite missing the feature a week ago due to a qualifying crash, Jennett sits ninth in points.