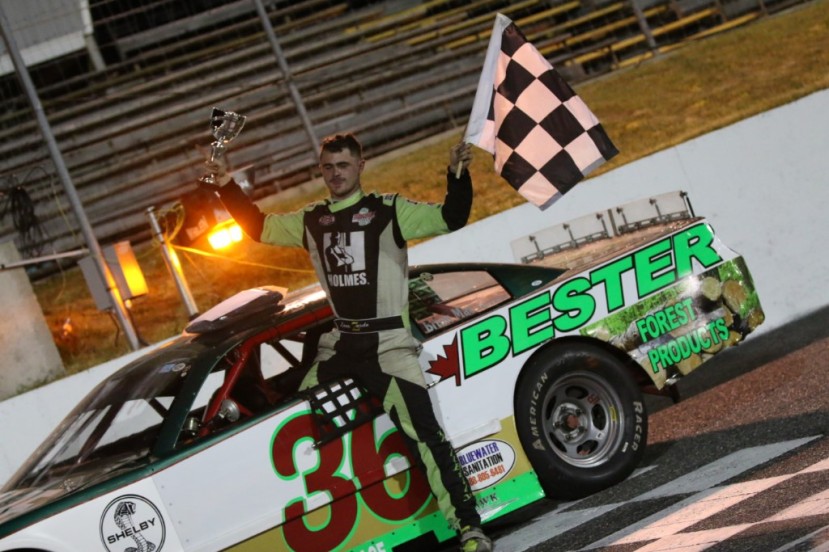 INNISFIL, Ontario — Once Lane Zardo got out in front, there was no stopping him as he cruised away from the field en route to winning the Super Stock feature at Sunset Speedway. 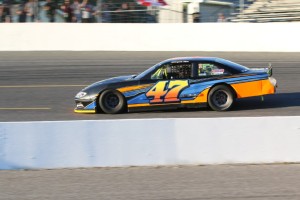 Passer jumped out to the early lead on Lap 2, with Walters alongside Morrison for second ahead of Zardo. Behind them, Davey and Davenport battled for fifth ahead of Baker, Parker, and Freiburger.

Zardo would make one of the big moves of the race on Lap 4, getting by Morrison, before crossing over to get underneath Walters for second. The move paid off, as Zardo would take over second on Lap 6 ahead of Walters and Davey, with Morrison side-by-side with Baker for fifth, as Davenport and Freiburger battled for seventh.

With eight laps on the board, Passer led Zardo, Walters, and Davey, as Baker and Morrison battled for fifth. Baker would get the spot a lap later, however would not get to stay in fifth long. Contact from behind courtesy of Freiburger would send the No. 48 around, bringing out the caution on Lap 10. With 20 laps to go, Passer led Zardo, Walters, Davey, Morrison, Davenport, Parker, Paul Boundy, Dan Archibald, Matt Bentley, Cory McAllister, and Marlie Owen.

The restart would see a battle for the lead between Zardo and Davenport, but it also brought forth drama mid-pack with Morrison and Archibald getting together for the yellow flag. Both drivers unfortunately would be done for the event.

Zardo would get a good restart to take over the lead ahead of Passer, with Walters and Davey side-by-side for third. Davey got the spot on Lap 11, with Davenport looking to follow him through. He was not able to complete the pass before the caution, though, as the yellow flag waved on Lap 14 for Steve Lazary going around.

Zardo would get another good restart ahead of Passer, with Davey and Davenport now side-by-side for third, as Walters battled Boundy for fifth. Davey would get the spot on Lap 16, with Boundy taking over fifth two laps later. He would not stay there for long, though, as Baker would make the move on him for fifth on Lap 19. Behind them, Parker ran seventh ahead of Freiburger, Bentley, McAllister, Owen, and Dan Robb, as Walters headed pit side with issues.

The field would get strung out single file as more laps would logged on the board, until Davenport got alongside Davey for third on Lap 24. The move would pay off, as he’d take over third four laps later, challenging Passer for second immediately.