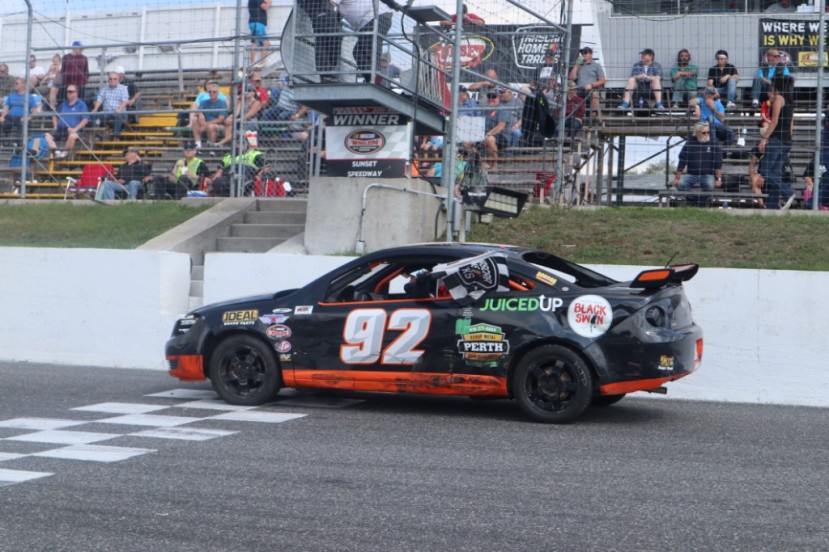 Taking the lead in the early stages, Kyle Neumeister did not look back en route to winning the Signs of Innovation Bone Stock 25-lap Velocity 250 feature at Sunset Speedway. 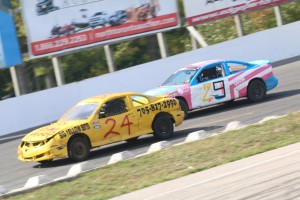 Rockwood jumped out to the early lead, with Kyle Neumeister side-by-side with Morris for second. Neumeister would then get alongside Rockwood for the lead on Lap 2, taking the top spot a lap later. Morris would follow through to move into second ahead of Rockwood, Wheller, Boyes, Michael Neumeister, Givens, Laflamme and McGlashan, as Dennis and Dunlop battled for 10th. At the same time on Lap 6, Jennett headed down pit road with a flat tire. Dunlop would get the 10th spot on Lap 8.

Further up the field, Laflamme got alongside Givens for seventh on Lap 9, as Wheller and Boyes made contact battling for fourth. This would allow Boyes to get the spot, with Wheller and Michael Neumeister side-by-side for fifth, as McGlashan battled Givens for seventh ahead of Laflamme. Dunlop would then get by Laflamme for ninth on Lap 13, bringing Dennis and Walker through with him. Walker would then get alongside Dennis for 10th on Lap `15.

Kyle Neumeister got a good restart ahead of Morris, Rockwood, and Michael Neumeister, as Boyes and Wheller battled for fifth. Morris would dive deep in the corner, sliding sideways in the process, but enough speed to get underneath Kyle for the lead on Lap 19.

As the leaders battled, Rockwood continued to run third ahead of Michael, with McGlashan and Wheller side-by-side for fifth. McGlashan got the spot, getting alongside Michael for fourth. Wheller now ran sixth ahead of Boyes, Dunlop, Givens, Dennis, Laflamme, and Walker.