Rick Spencer-Walt Makes it Three in a Row 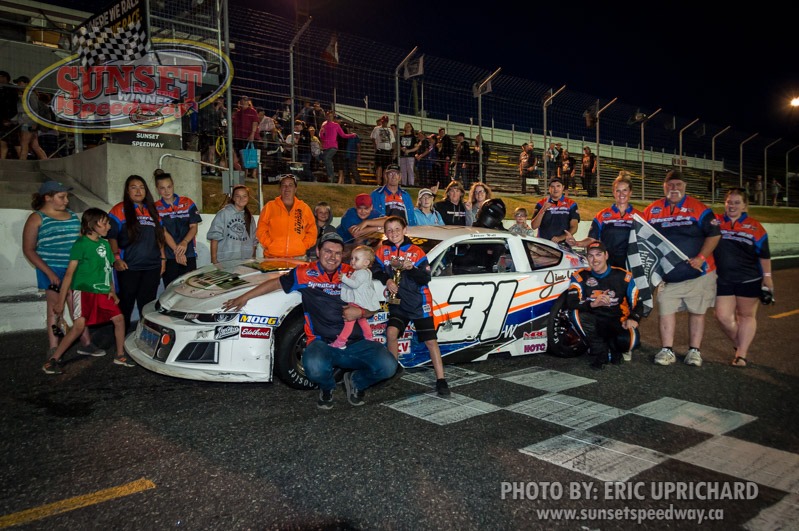 Spencer-Walt was solid from the first green flag, placing third in his first heat, followed by a victory in the second qualifier.

Starting fifth for the feature, he quickly made his way up to fourth in the opening laps, getting up into second before the first caution of the event on Lap 19. Although he was unable to make the pass on the first restart, the next restart at Lap 24 worked in his favor as he would take over the top spot. Despite being challenged back in return by fellow title contender Travis Hallyburton, Spencer-Walt was able to hold the top spot through the continued bumps back and forth, pulling away from the field.

It would not be a simple victory, with a late caution coming out with three laps to go. However, once again, Spencer-Walt got a good restart to lead the rest of the way to the checkered flag.

To date, with nine features now in the books for the 2019 campaign, Spencer-Walt has scored three wins, four runner-ups, a fourth, and a seventh. As a result, he currently leads the track division standings. He is also currently leading the NASCAR Whelen All-American Series Division I Provincial Standings, and sits 35th in the national standings (despite some United States competitors having ran twice the amount of features), just 14 points out of the top-30.

Spencer-Walt will be back in action on Saturday, July 27 for the next night of NASCAR Whelen All-American Series Division I competition at Sunset Speedway.