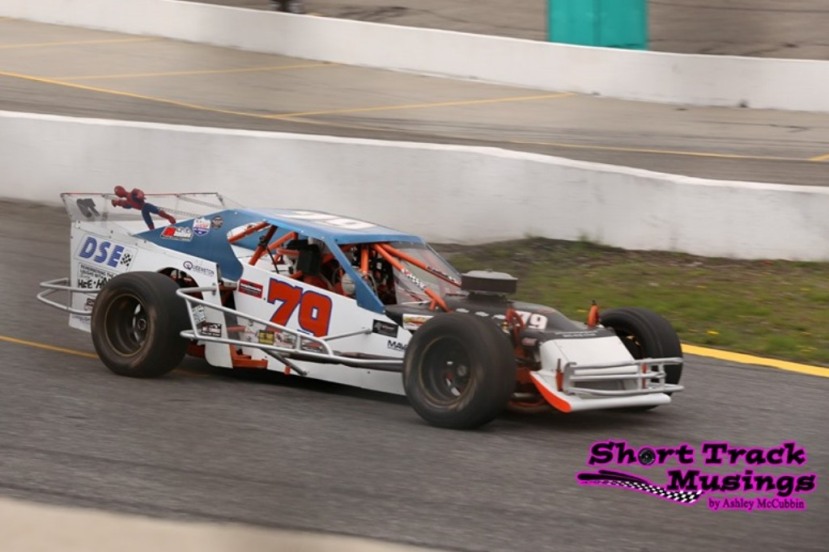 Despite mother nature trying to spoil the weekend at Jukasa Motor Speedway, both the Queenston Chevrolet Buick GMC, Scott Reinhart Trailer Sales Ltd OSCAAR Modifieds and Knightworks Design OSCAAR Hot Rods were able to get in their feature events.

The current year-long standings sees a tie between three drivers who are vying for their first career championship following the 40-lap feature on Sunday presented by Queenston Chevrolet and Bourque Transmission.

Kelly Balson, Chad Strawn, and John Harper currently sit on top of the standings after those three entries shared the podium at Jukasa Motor Speedway with Harper picking up the victory. Notably, Balson had past OSCAAR Super Late Model Champion J.R. Fitzpatrick fill in behind the wheel of his No. b10 modified for Jukasa.

The battle is still wide open for the championship, though, with Jason Keen A.J. Emms, Norman Newman, and Shawn Chenoweth all within striking distance, with only 11 points separating the top-four in points.

Alternatively, Newman leads DiBello by just a single point in the MavTV Canada Rookie of the Year standings following the first feature of the season. Bryan Batty and Jim Bowman round out the rookie points.

The Queenston Chevrolet Buick GMC, Scott Reinhart Trailer Sales Ltd OSCAAR Modifieds are back in action on June 15 at Delaware Speedway, with their 40-lap feature presented by The Fyre Place and Patio Shop. 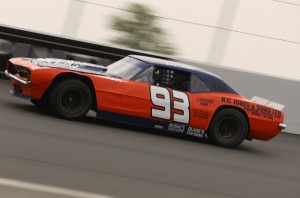 Sunset Speedway heat winner Dalen Martin sits third in points, followed by Steve Book and Nick Clarke. The top-five are within 12 points of each other, meaning it’s still anybody’s title to win.

Alternatively, Rutherford leads Robertson by a single point in the Ohsweken Speedway Rookie of the Year standings, following the first feature of the season. Dalen Martin, Leroy Robinson, Robert Robinson, and Greg Belyea round out the rookie points.

The Knightworks Design, Scott Reinhart Trailer Sales Ltd. OSCAAR Hot Rods are back in action on June 29 at Sunset Speedway, with their 30-lap feature presented by Streamline Race Products.

It appears as though mother nature has won the battle thus far for the Pro Sprints as they have been unable to get either of their scheduled features to date ran. OSCAAR has still credited the drivers, with those in attendance before the skies opened up receiving ‘show-up’ points.

With no features ran to date, nobody has earned points towards the Hinkley Lighting Rookie of the Year Award.

The Living Lighting, Scott Reinhart Trailer Sales Ltd. OSCAAR Pro Sprints will be back in action on June 29 at Sunset Speedway with their 25-lap feature presented by TXM Motorsports and Wild Wing of Woodbridge.