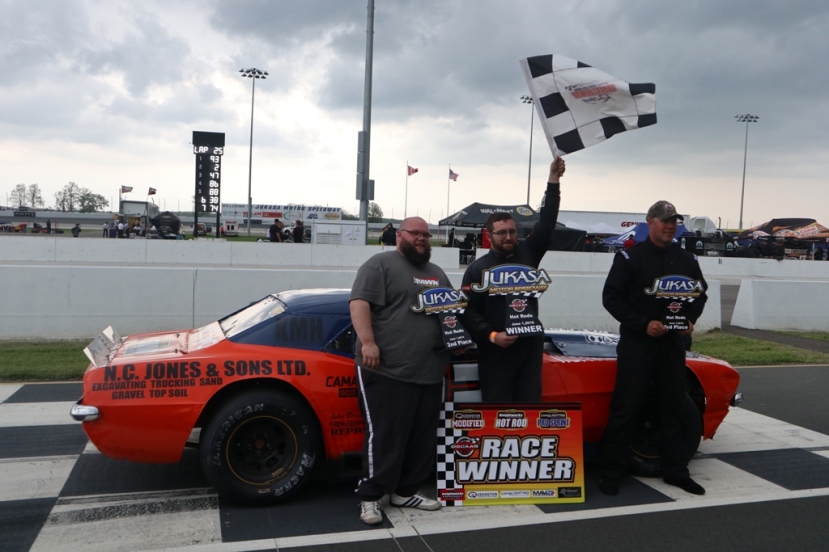 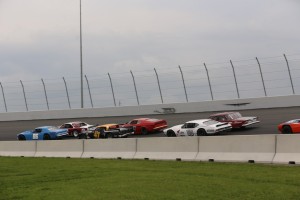 Off the drop of the green flag, Tyler Hawn grabbed the initial advantage with Book moving into second ahead of Clarke, and Broom. Rutherford and Martin battled in the early stages for fifth, with Martin taking the spot on Lap 4, bringing Robertson through with him. Rutherford now ran seventh ahead of Fischer, Robert Robinson, Belyea and McLean.

The race appeared to have a green-flag look to it with the field strung out early. However, the caution would come out on Lap 9 as a result of smoking coming out of Belyea’s No. 25 Mercury Cougar off of turn four. The restart would see another yellow flag, with Robert Robinson going around for the quick spin.

The second attempt at a restart would go smoothly, with Hawn holding serve ahead of Book, with Broom moving up into third. Broom continued to make progress, passing Book for second on Lap 12. Behind them, Robertson would go to make the move on Martin for fourth, but dove into too deep resulting in contact. Both drivers would get sideways, but were able to save their cars and keep going. The contact would allow Fischer to move up into fourth, with him being challenged for the spot by Clarke.

At the front of the field, Broom would wheel in Hawn for the top spot, getting alongside him on Lap 14. The pair would battle cleanly side-by-side through the next four laps, with Broom taking the top spot. Hawn now ran second, looking to get back on Broom’s rear bumper, with Book still ahead of Clarke and Fischer.

After running deep in the field early, McLean made up the track position to run sixth ahead of Rutherford, Martin, and Robertson. McLean continued to move forward, passing Fischer to break into the top-five with four laps to go. Rutherford and Robertson followed him through a lap later, as Fischer began to fade in the late stages with a tire issue. 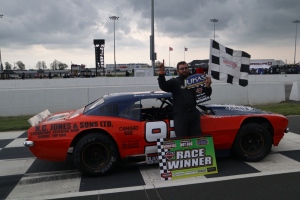 The Knightworks Design OSCAAR Hot Rod feature was broadcast live on FansChoive.tv for race fans across North America to watch. You can watch the broadcast at https://www.fanschoice.tv/events/oscarr-features-6-1/.

The Knightworks Design OSCAAR Hot Rods are back in action at the end of the month, as they return to Sunset Speedway on June 29 for their feature presented by Streamline Race Products.