With all four tracks that regularly run Mini Stocks in action over the past two weeks, the panel had a tough decision ahead of them to consider when ranking the drivers. 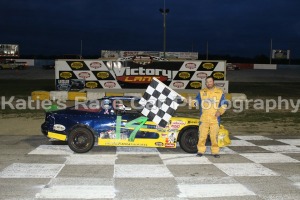 Brian Wilson becomes the third straight different driver to sit atop the rankings, following in the steps of Andy Kamrath and Karl Sault. Wilson had a success pair of weeks at Full Throttle Motor Speedway, scoring another two feature victories to go with finishes of second and fourth. In total, the veteran has now scored three victories and no finishes worse than fourth in six races this season. 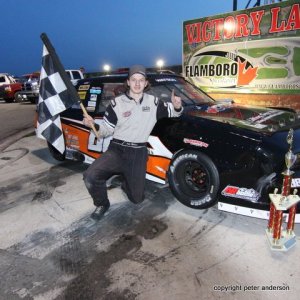 Jake Watson continued his early season success at Flamboro Speedway, scoring a runner-up in the first feature on May 18, followed by a victory in the following event. It builds upon his success from the first night of competition that saw him score a victory and runner-up.

Karl Sault continues to keep himself in the early championship discussions at Flamboro Speedway, scoring a victory and fifth on May 18 to go along with his runner-up and victory from opening night.

After ending the 2018 campaign at Sunset Speedway on a high note, Dylan Holmes has managed to carry the momentum into this season. He scored the feature victory on opening night after winning one of his qualifying heats. Although Spring Velocity was cut short by rain, the driver of the No. 2 Mustang won his qualifying heat.

Over the past two weeks, Scott Mast has shown that he is still one of the drivers to watch in the division despite a limited schedule. He finished on the podium in all four features ran at Full Throttle Motor Speedway, including a victory on May 18. 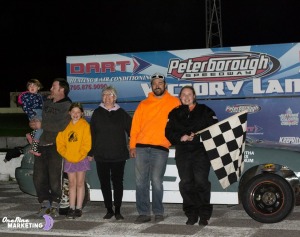 After finishing fourth in the 2018 Peterborough Speedway standings, Ember Junkin started out this season on a high note by scoring her first career victory on opening night. She didn’t have it easy, holding off front runners Nolan Gould and Kent Missions on a late-race restart with three laps to go.

Issac Dippel continued his strong start to the 2019 campaign at Full Throttle Motor Speedway, scoring podium finishes across the four features ran on May 11 and May 18, highlighted by a victory. Notably, his worst finish in six features to date this season is third. 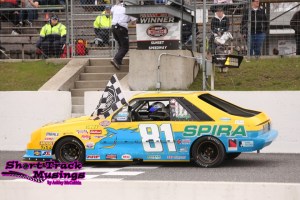 Samantha Shaw carried the speed and consistency she showed last season into this year at Sunset Speedway, kicking off her 2019 campaign with a heat victory and runner-up on opening night. She then finished fourth in her Spring Velocity qualifying heat before the event was cut short due to rain. 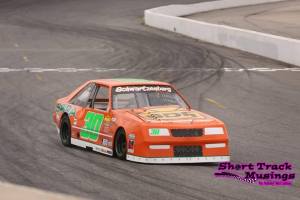 The 2018 Frostoberfest Champion competed in four events over the past couple weeks at two different speedways, experiencing success across the board. He finished seventh in his first ever event at Sunset Speedway on May 11, before scoring finishes of third and fourth at Flamboro Speedway on May 18. He then returned to Sunset, scoring a runner-up in his qualifying heat before the event was cut short due to weather.

It is also worth noting that he led over half of the second feature at Flamboro on the 18th. 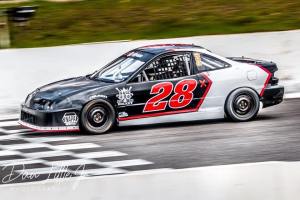 After finishing last season second in the Peterborough Speedway standings, Nolan Gould came out strong on opening night with a runner-up finish in the feature. He then made the trip to Sunset Speedway for Spring Velocity on May 19, placing sixth in his qualifier before the wet weather cancelled the event.