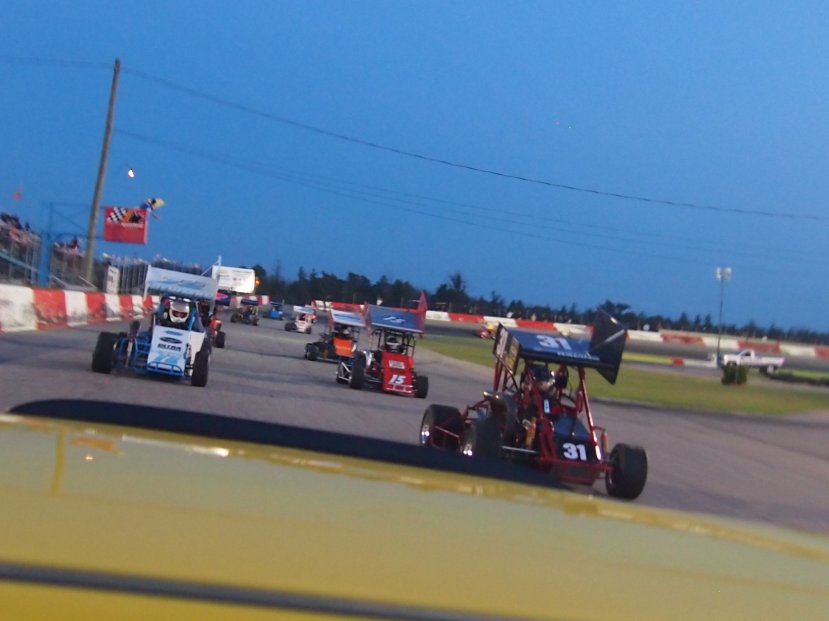 After a thriller at Peterborough Speedway, the OSCAAR Pro Sprints are primed and ready for their fourth event of the 2018 campaign at Sauble Speedway this weekend.

The man to beat is Daniel Hawn as he has swept the first four races this season, giving him nine straight dating back to last year. For the record, he has yet to win at Sauble Speedway, though, scoring a pair of runner-ups in 2017.

James Stanley will be looking good run after scoring a runner-up at Peterborough Speedway. He has run well at Sauble previously, scoring a pair of top-fives last year.

Rob Summers will be looking for a top-10 finish this weekend after making significant contact with the frontstretch wall during his qualifying heat race, ending his night early at Flamboro. He finished eighth last season at Sauble.

Gary Triska will be looking for another top-10 after picking up a season-best seventh at Peterborough Speedway. Notably, his best finish at Sauble was seventh last year in June.

Brody Rickwood will be looking for his second straight top-10 after finishing eighth at Peterborough. He has ran well at Sauble, scoring a fourth and sixth last season.

Shawn Stanley will be hoping to break back into the top-10 at Sauble after experiencing mechanical issues at Peterborough. Notably, he posted a 10th-place finish last year at the beach.

Ryan Battilana will hope to score his first OSCAAR podium this weekend as he has started off the 2018 campaign with three fourth-place finishes and an 11th.

Jaded Riddel will hope to break back into the top-five after scoring his worst finish of his rookie campaign last weekend at Peterborough with a 10th.

You also have to keep your eye on the other youngster Tyler Cullen, as he enters the weekend on the heels of back-to-back third-place finishes.

Parker Bowman will be looking to get his season back on-track as he showed speed with a sixth in the season opener, though finished 14th and 11th in his most recent starts.

Norman Newman has done well so far this year, entering this weekend on the heels of back-to-back top-five finishes.

The Anthony brothers will hope to get the bugs worked out as issues plagued their runs, keeping them both outside of the top-10 thus far this season.

Bill Hetherton made his 2018 debut at Peterborough Speedway, scoring a ninth-place finish.

Sophie Horton may be a rookie, but she’s proving that she can race door-to-door with the best in OSCAAR Pro Sprint competition after scoring a pair of runner-ups to kick off 2018.