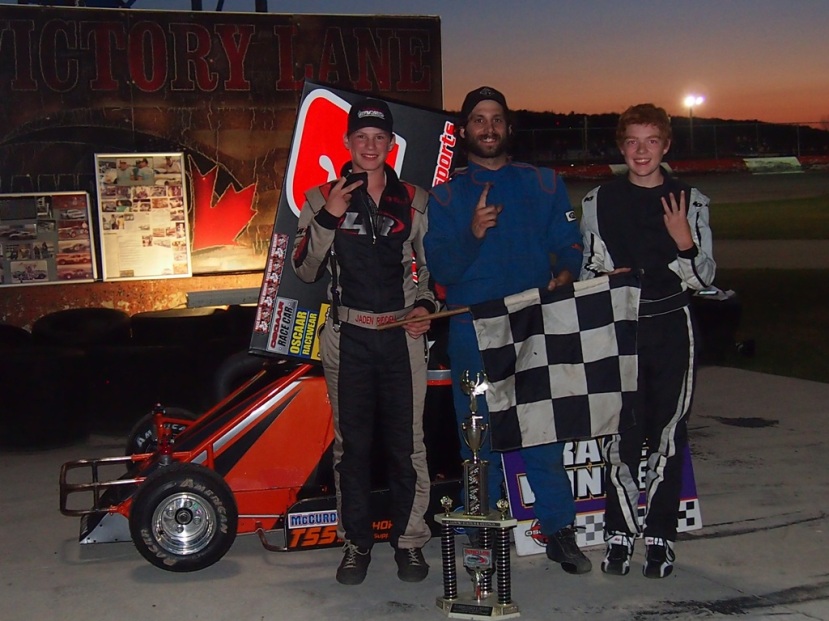 Youth may be on the rise in the OSCAAR Pro Sprint division, but experience also matters as Daniel Hawn beat out a pair of 15-year-olds to score the victory at Flamboro Speedway.

The first heat didn’t go smoothly as both Ryan Battilana and James Stanley broke, while Rob Summers made contact with the frontstretch wall. Jaden Riddel scored the win ahead of Tyler Cullen, Kelly Summers, and Larry Westwood.

The second heat also featured some more bad luck with Brody Rickwood running into problems, while Kevin Taylor went for a quick spin on the backstretch. Daniel Hawn picked up the win ahead of Norman Newman, Gary Triska, Taylor, and Brian MacDonald.

Daniel Hawn went for the daily double ahead of Newman, Riddel, Kelly Summers and MacDonald as James Stanley broke.

With Kelly Summers and Norman Newman leading the field to green, it didn’t take long for Daniel Hawn to move into the top spot as he was leading by Lap 3 ahead of Newman and Jaden Riddel. Riddel then made his way by Newman on Lap 4 to take second. Behind them, Tyler Cullen ran fourth ahead of Summers, Ryan Battilana, Gary Triska, Kevin Taylor, Shawn Stanley, and Larry Westwood. 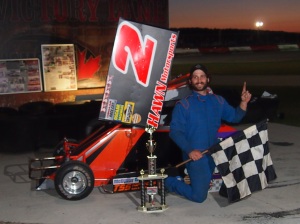 Battilana would get alongside Summers for fifth at Lap 7, with Taylor alongside Triska for seventh a lap later. Battilana moved into fifth just before the halfway mark ahead of Summers, Triska, Taylor, Shawn Stanley, Westwood, Brian MacDonald, and Brody Rickwood. The shifting of positions continued with Taylor moving up into seventh ahead of Stanley and Triska at Lap 12.

With 15 laps on the board, Hawn continued to lead ahead of Riddel, with Cullen passing Newman to move into third. Summers ran fifth ahead of Taylor, Stanley, Triska and Battilana as Battilana slowed with a problem. Taylor would break into the top-five on Lap 15, passing Summers for the spot.