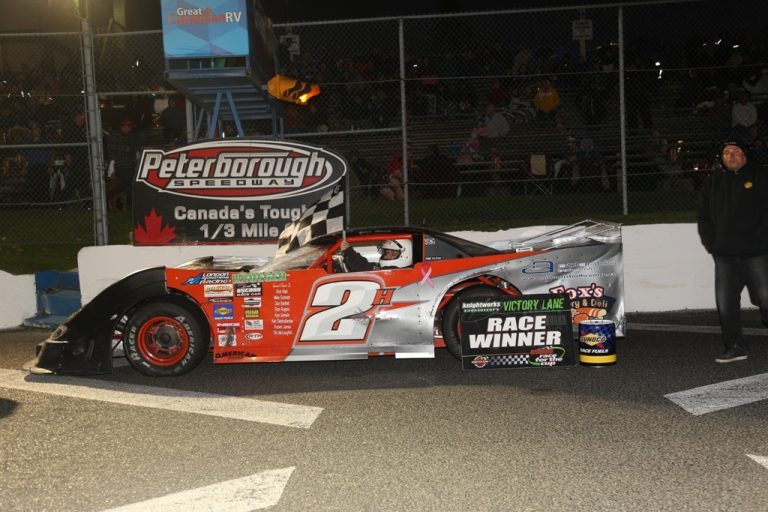 Coming off a sixth place finish last year, Tyler Hawn is entering this year with “very high hopes” to contend for the championship.

“I do feel that we will be contending for one,” he told Short Track Musing. “My expectations are just to have fun. With my brother racing a pro midget and building a hot rod car, it’s going to be busy but will be super fun.”

Last year right from the season opener at Flamboro Speedway, Hawn showed speed, scoring his first career heat victory in his first heat. Come time for the feature, he’d start seventh and was able break into the top-five on Lap 8. From then on, he kept the solid run going, scoring a fifth place finish to open the season.

Through the rest of the year, the strong runs kept coming, with two top-fives and six top-10s,  with no finishes outside of the eight OSCAAR events prior to their Chase. Unfortunately, the OSCAAR Race for the Cup didn’t go as he would’ve hoped, though, as he struggled in both races at Peterborough Speedway to a pair of finishes outside of the top-eight. Despite the end of the season not panning out the best, Hawn walked away with a smile on his face.

“Looking back I feel that we have had one of the best years in the super thus far,” he said. “We learned a ton and gained a ton of confidence.”. 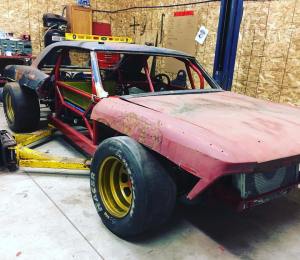 Now looking ahead to the season, Hawn notes he’s excited about the second annual  Super Late Model Gold Rush at Flamboro Speedway in August, hoping to “have an even better run this year”, while excited about racing at both Kawartha Speedway and Jukasa Speedway this year. Though just because these three tracks are on his main hit list, he also notes you can’t leave off at Peterborough and Sauble, either, as he likes running there as well.

As Hawn noted, the Hawn Motorsports team is expanding as Daniel Hawn made his debut behind the wheel of a OSCAAR Pro Midget last season at Flamboro Speedway, picking up a heat victory before posting a runner-up finish in the feature.

“It was real nerve wracking,” Hawn said. “I don’t know how they can watch me. But I was super proud of him. I know he has it in him to do huge things in racing. He has the drive to push hard to win. Maybe we will see him in my super one day. We also have the pro late there. Might get him into that.”

The team is also build a hot rod car to run in OSCAAR’s new Hot Rod Series this season. The new division has got a lot of interest with featuring cars from the 1950s to the 1980s. Hawn said his team made the decision to build a car as it reminded him of his dad’s racing back in the day.

“He is super excited about it. I would even like to see him come out of retirement and drive it,” he said. “Also I have always wanted to try dirt and we have a date on dirt.”