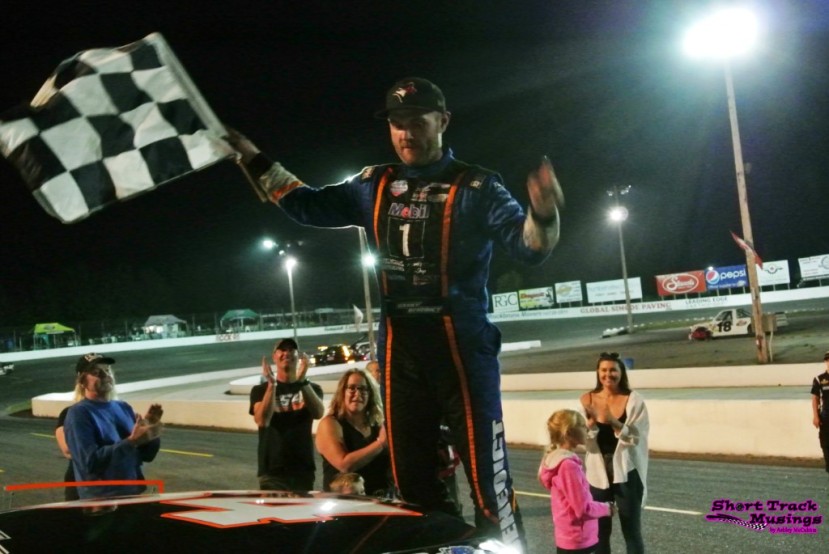 INNISFIL, Ontario — Leading every single lap from the pole in the Pro Late Model feature, Danny Benedict put the perfect icing on the cake for his 2022 Sunset Speedway Track Championship. 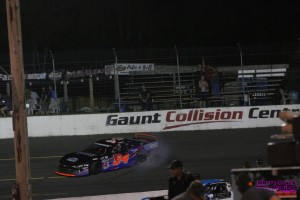 Danny Benedict laid down the quickest lap in qualifying at 14.352 seconds ahead of Dwayne Baker (14.435), Todd Delisle (14.540), Samantha Shaw (14.573), and Jake Hooker (14.675). Travis Hallyburton qualified sixth, followed by Taylor Holdaway, Shae Gemmell, and Norm Stoddard. Notably, Dale Shaw did not put a lap down in qualifying, but came out for the feature, starting last.

Danny Benedict and Dwayne Baker ran side-by-side for the lead off the drop of the green flag ahead of Samantha Shaw, Delisle, Hallyburton, and Hooker, with Dale Shaw heading pit side on Lap 2. Gemmell ran seventh in front of Holdaway and Stoddard.

Benedict charged ahead with four laps on the board, as Holdaway challenged Gemmell for seventh three laps later. Holdaway got the spot a lap later, passing Hooker for sixth in the process, as Gemmell snagged seventh. The caution then came out on Lap 11 for Samantha Shaw going around in turns one and two, done for the event with a mechanical failure.

The first restart was called back as a result of Baker jumping the green flag. The second attempt was clean, with Benedict holding serve in front of Baker and Hallyburton, as Holdaway moved up to fourth in front of Gemmell, Delisle, Hooker, and Stoddard. Hooker looked to make up a bit of lost ground, passing Delisle for sixth on Lap 39.