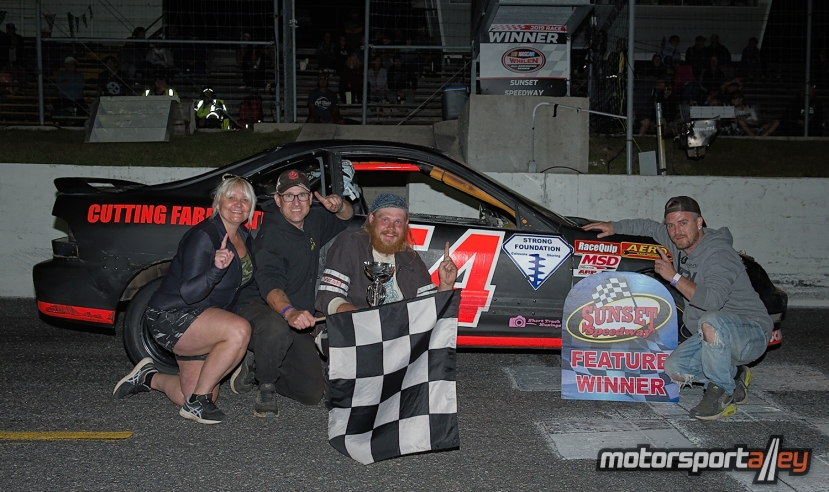 INNISFIL, Ontario — With the season nearing closer to the conclusion and championship trophies on the line, the action continues to get hotter on the track at Sunset Speedway. 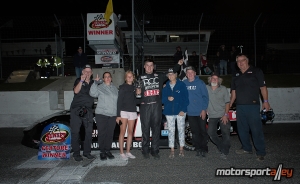 Dustyn Mombourquette continued to extend his advantage in the Limited Late Models, scoring another feature victory, this time in front of Daniel Montanari and Paul Maltese. Ryan D’Antimo did not have the night he wanted, making significant contact with the wall during time trials.

The Super Stock points will be squished together a little more, after current points runner-up Gerrit Tiemersma picked up the checkered flag on Saturday night in front of Nick Tooley. Johnny Morrison, Cory McAllister, and Brandon McFerran. Connor Maltese put together one of his best runs of 2022 with a sixth, followed by Matt McGrath. Notably, both Paul Pepper and Miles Tyson suffered engine failures throughout the night.

Cameron McGlashan is looking to assure everyone is the right man to be your Mini Stock Champion, with the points leader returning to feature victory lane after a five-year hiatus. Curtis Stewart continues to his steady progression of getting faster each week with a runner-up, followed by John Bird, Jason D’Antimo, and Bob Phinnemore. Coleridge Phinnemore was sixth, followed by Peter Wakeling, Chris Allard, Eric Rainey, and Taia Littli. Madisson Tienkamp rounded out the field.