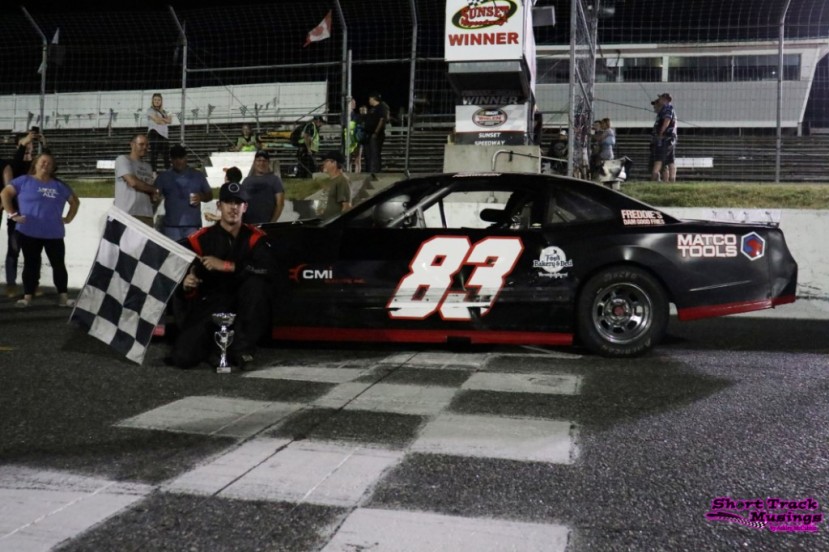 Dan Archibald was victorious in the second qualifier ahead of Cory McAllister, Gerrit Tiemersma, Ken Grubb, and Nick Tooley. Notably, Archibald was able to get the lead courtesy of a crossing the front bumper of Tiemersma, barely clear.

Brandon Passer went for the daily double in front of Morrison, McGrath, Hawn, and Maltese. This race featured a dramatic conclusion, with Morrison getting McGrath sideways off of turn two, with them getting locked in a battle together as Passer got alongside, and passed them both for the win. Pepper did not take the green flag due to leaking fuel on the pace laps.

Cory McAllister won the fourth qualifier ahead of Tiemersma and Archibald, who traded shots of their own throughout the event. Tooley was fourth, while Grubb pulled off on Lap 2.

Tyler Hawn would grab the advantage off the drop of the green flag, pulling out ahead of the field. However, his advantage wouldn’t last with a pack of hungry dogs chasing down following the first third of the event. Passer and Morrison would take him three-wide for the top spot, after Hawn tried to throw a block on Passer, with Brandon Passer taking over the lead. Morrison slipped through for second in front of Hawn, Archibald, Tiemersma, McAllister, Tooley, Pepper, McGrath, and Maltese.

Passer wouldn’t have sole procession of the top spot for long, with Morrison getting alongside for the lead at Lap 18. The pair would battle back and forth over the next seven laps until the caution waved. Tiemersma would get by Archibald for fourth, only for Archibald to spin him around in turns three and four. As a result, Archibald was given the black flag for rough driving and sent off to the pits.

Johnny Morrison would get a killer restart, leading the rest of the way en route to victory ahead of Brandon Passer, as Nick Tooley made a series of late-race moves for third in front of Paul Pepper and Cory McAllister.