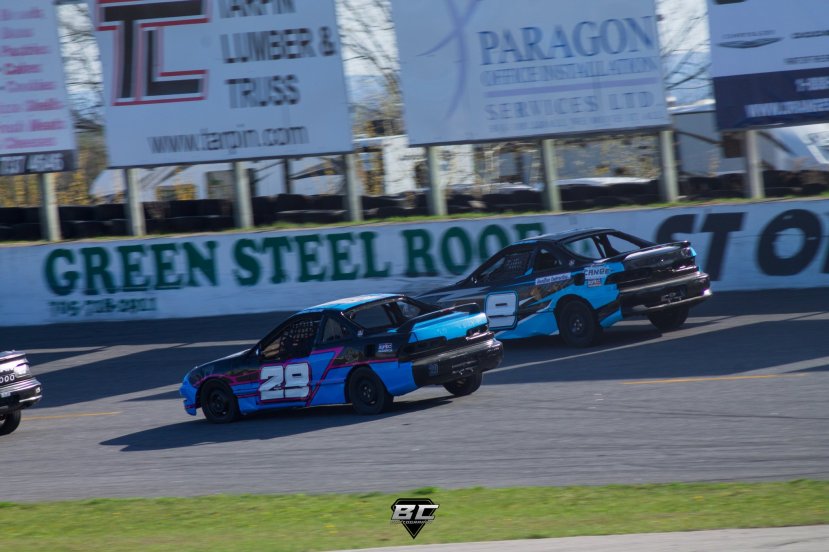 INNISFIL, Ontario — Despite mechanical issues trying to stop the team from succeeding, SKLD Motorsports continued to push forward with another pair of top-10 performances on Saturday night at Sunset Speedway.

The night did not start off as the team would have hoped, with Karlie Wilman running into mechanical issues that ended her first heat early. The team looked to make the necessary repairs, however, they were unable to solve them, resulting in her failing to start the feature.

The boys, though, looked to try and pick up the slack.

Andrew Shilling started pole following qualifying, and looked to maintain the track position. He drove away from the field, pacing the field for the first four laps. However, he began to find some mechanical issues of his own in the corner each lap. It would show on the race track, as she slowly slipped back through the field, falling outside the top-five on Lap 13, crossing the finish line in seventh.

Austyn Jennett did not start as strongly as Shilling, but rather as the opposite end of the pack. He did not allow that to slow him down, though, beginning to make his way climb forward through the field with each lap. His efforts would be rewarded, as he crossed the finish line in sixth.