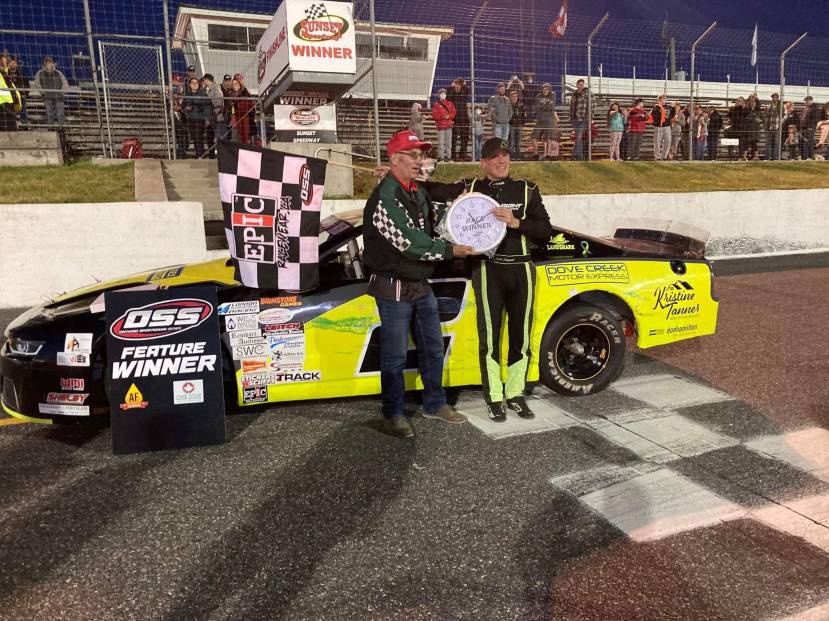 Although the Ontario Sportsman Series headlined the show on Saturday night at Sunset Speedway, there’d be a couple of other big winners when the show was complete.

Todd Shepherd ultimately proved his victory last season at Flamboro Speedway was no fluke, ultimately overcoming some adversity to pick up the checkered flag in the Ontario Sportsman Series 100-lap main event. He started the event on pole, though fall to the back with just 12 laps on the board.

He was able to rebound, though, retaking the top spot on Lap 22 and pacing the field from there en route to capturing the checkered flag. Last week’s Flamboro Speedway race winner Michael Hryniuik scored a runner-up, followed by Brandan Patrick, Kevin Lay, and Kevin Trevellin.

Chad McGlynn continues to be a force on the series with a sixth, while Derek McCullough went up in smoke en route to seventh. Sean Mangin finished eighth, followed by Bradley Robinson, Mark Patrick, and Tim Tolton. 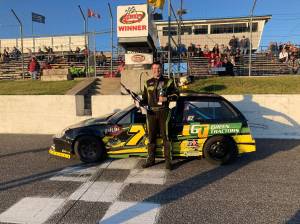 Matt Boyes proved last weekend’s victory as no fluke, taking the top spot with just three laps on the board, and not looking back en route to his second straight win of the season. His teammate John Bird placed second for a career-best finish, while past division champion Cameron McGlashan rounded out the podium. 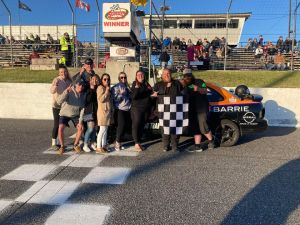 After coming oh so close to victory last week before a late-race bump, Calvin Reesor broke the door down to score his first career Bone Stock feature win at Sunset Speedway. Reesor did not dominate this time around, though, instead capitalizing on a late-race restart with three laps to go grab the top spot and lead from there.

Aundrea Lusk led the first 17 laps of the feature, and crossed the finish line in second for her a season-best performance as she hunts for her first main event checkered flag. Brandon Steele was third in his first appearance of 2022 in front of Jordan Owen and Jacob Booth.

Austyn Jennett continues his string of top-10’s with a sixth, followed by Jeff Laflamme, Cash Ireton, Rick Van Kleef, and the 88. Andrew Shilling was 11th driving his girlfriend’s Karlie Wilman’s entry after motor issues in practice, followed by Steve Oakes and Nicholas Reece.