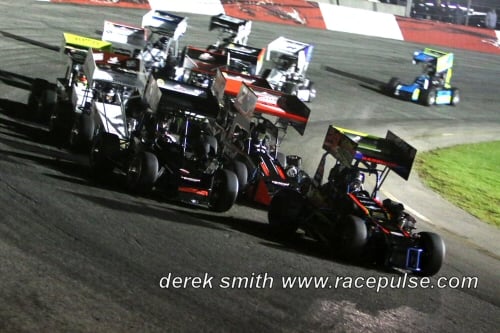 MILLGROVE, Ontario — The month of September will be a special time for not only track regulars at Flamboro Speedway, but invades as the Qwick Wick T.Q. Can-Am Midgets will crown their 2022 champion at the 1/3-mile oval.

The T.Q. Can-Am Midgets will visit the facility in five occasions, including their season opener on May 7. The other dates include June 4, July 16, August 20, and September 24.

For over 50 years, midget racing has been taking place across North America, with the Can-Am Midget racing group being one of the most successful clubs in both Canada and the United States. These single-seat open-cockpit style cars always seem to draw attention in seeing the determination of the individuals who strap behind the wheel. 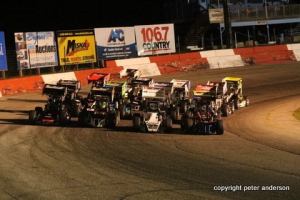 The tour visited on two occasions in 2021, with Brody Rickwood and Cory Whittam finding their way to victory lane.

In August, Rickwood led the field across the finish ahead of Darren McLennan, Cory Whittam, Jeff Blackburn, and Daniel Hawn.

Then a month later, Cory Whittam wasted no time in the feature, taking the lead on the second lap and not looking back en route to scoring the victory in front of Darren McLennan. Jeff Blackburn followed up his victory from Sunset Speedway last weekend with a third, which was enough to clinch the 2021 Qwick Wick T.Q. Can-Am Midget Championship.

With a history of must-see races at Flamboro Speedway, these dates should be on the must-attend list for any race fan. There will also be plenty of other big events on the 2022 schedule, which will be released by track officials closer to the race season.

The full schedule once released, along with any other information you may inquire about, can be found on the track’s website at http://www.flamborospeedway.ca. Be sure to keep up with the latest by following the speedway on Twitter at https://twitter.com/FlamboroSpdwy and Instagram at https://www.instagram.com/flamborospeedway.