Throughout the 2021 season, I had the opportunity to speak to a bunch of different competitors. During those interviews, there were some quotes that stood out. So it seems only fitting we take a glance back through the year at what was said. 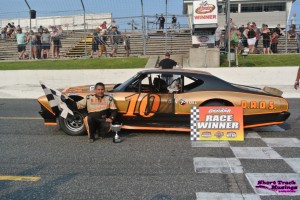 Jesse Kennedy‘s advice for future racers focused on ensuring they had the right safety equipment, including a head and neck device. He revealed, “I had a full neck fusion done in 2017. and glad to say it was successful as the pain and headaches are gone after maybe 2002. I do have half range of motion and do a lot of therapy and exercise to maintain. The wear and tear of the little and major crashes over the years left me in pinched nerves. I believe if I had access to the Head and Neck restraints when I started, I would not have been in this situation. So it could save your life, and or save you from a lot of pain or surgery. How much is that worth??”

“I’ve said it a couple times to (OSCAAR President) Dave (Gainforth) that I’m really glad he stuck with this division and like you said, it is exploding and there are new guys, lots of talent that has come out. I think it’s great. I’m really happy for Dave and his group of people that work in the series. I’m really looking forward to getting out there with the likes of Steve Book and hopefully Tom (Walters) is still doing his thing out there and seeing where we stack up. But at the end of the day, it’s fun – that’s the biggest thing.” – Marty Monette

“Reflecting on my performance, I need to focus a bit on getting the car to turn just a bit more. We have great power – in my opinion one of the cars to beat for the win, but our Peter-Built race car just needs a few small updates. We’re very, very close to a breakout season even with the competition level increasing with some of the drivers that showed up this year like Tom Walters and Trevor Thompson.” – Paul Senior 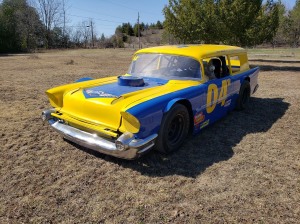 Sean Walker showed at Mosport Raceway in 1992 to help someone, though wound up in the car when the driver did not show up. As he recalled, “Next thing you know, I went out and turned some lap times and he asked if I wanted to run next Saturday night at Mosport to start the season,” Walker recalled. “He said that I was way better than the guy that he had driving. So I started driving and drove for him for one year at Mosport (Raceway), and then we moved to Peterborough and I ran two years with him there before he got out of racing. I ended up buying the car off of him, and that’s what started the whole ball. I ended up going from just a driver to an owner, bottle washer, cook, you name it.”

“These are really cool cars and it’s a great bunch of racers. There are so many racers in this series that can win at any track so the competition will be awesome, but Trevor Thompson had three strong races in his rookie season so I see him being a threat every race and the duo from Mount Hope will also be a force, even though they are running a limited schedule. But honestly, there are 10 cars that can get it done at any time especially with the new talent coming into the series.” – Steve Book

“I like the fellas in the Hot Rod Series. The competition is great; there’s no doubt about that. There are eight to 10 cars that can win on any given night. So that part of it is great. The atmosphere part of it is just more laid back. Super stock – there’s a lot of pressure on these kids to perform well to move up. The Hot Rods, you don’t really have to move up anywhere. It’s just a league all of its own so it’s more laid back.” – Tom Walters

Trevor Thompson commented on his first career win at Jukasa Motor Speedway in saying, “It was a surreal feeling. We knew we were going to be fast with the improvements we made to the car, but to get out there on my second time ever on that track and being that fast and getting the win on top of it all – I think it’s the most fun I’ve ever had racing!”