INNISFIL, Ontario — Making his way through traffic quickly, Matt Boyes wasted no time driving to the front of the field en route to winning the Mini Stock feature on Saturday at Sunset Speedway. 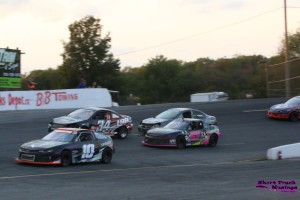 Rob Harrison broke out to the early lead, with Boyes and Stewart taking D’Antimo three-wide for second on the opening lap. Boyes would then get alongside Harrison for the lead on Lap 2, taking the top spot a lap later. Harrison now ran second in front of Stewart, McGlashan, Laflamme, and Bullen. 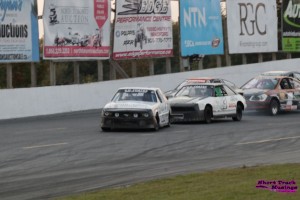 Laflamme would get alongside Stewart for third on Lap 5, completing the pass, with both him and Bullen working their way around Harrison for second and third, respectively. McGlashan would move into fifth on Lap 8 in front of Stewart, Lankin, Penny, Gibbons, and Pendlebury.

McGlashan continued to move forward, passing Harrison for fourth on Lap 10, with Gibbons alongside Penny for eighth a lap later. Gibbons was unable to complete the pass, with Penny instead taking over the seventh spot from Lankin on Lap 14. Gibbons would get alongside Lankin for eighth, with Smith up to 10th in front of Pendlebury and Maltese.

The shuffling was set to continue with Penny and Gibbons taking Stewart three-wide for fifth. Unfortunately, contact occurred with Penny going around in turn two for the first caution at Lap 16. Boyes got a good restart in front of Laflamme and Bullen, but the yellow flag quickly returned for an incident involving Harrison.

Boyes got another good restart in front of LaFlamme, and Bullen, with Gibbons alongside McGlashan for fourth. Gibbons got the spot, immediately passing Bullen for third. McGlashan tried his hand at Bullen when he got loose, but was unable to complete the pass, opening the door for Penny to look for fifth on McGlashan. 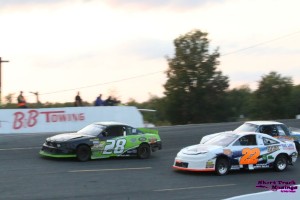