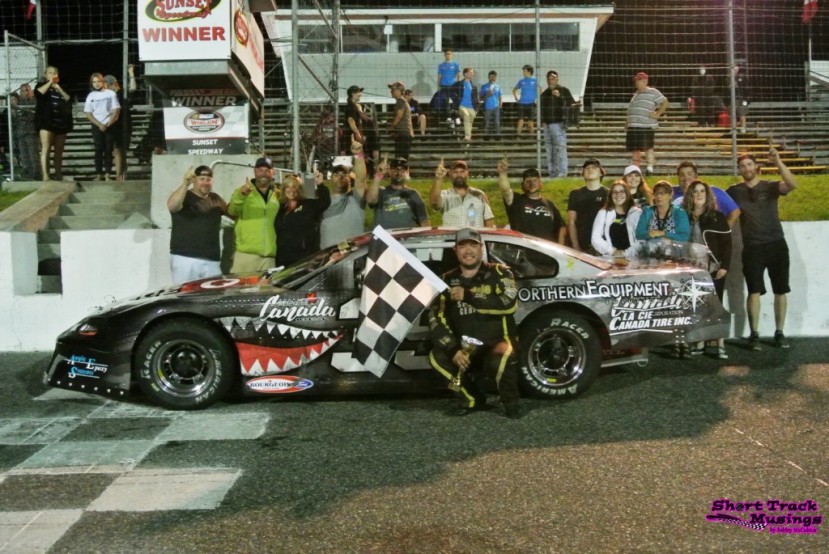 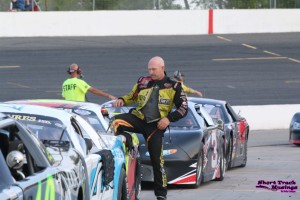 Josh Stade grabbed the initial advantage with Hallyburton second ahead of Dale Shaw, as Goetz and Franklin battled for fourth ahead of Shepherd, with Benedict and Kimball side-by-side for seventh. Goetz got the spot on Lap 5, with Shepherd looking to follow him through. He would do so, with Kimball being set in line to go next. Instead, though, contact from him into Franklin would send the No. 31 around for the first caution at Lap 6. 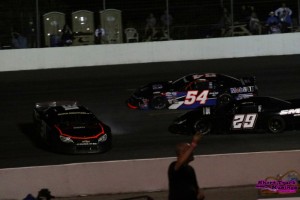 Stade would get a good restart ahead of Hallyburton, Dale Shaw, Shepherd, and Howse, with Goetz and Benedict side-by-side for sixth ahead of Spencer-Walt, Kimball, Franklin, Zardo, Horner, and Samantha Shaw. Benedict would get the spot on Lap 13, with Franklin passing Kimball for 10th a couple laps later.

Howse would then challenge Shepherd for fourth on Lap 16, taking the spot, as Benedict looked to follow him through. They would touch a couple times, but the caution did not come from there. Instead, the yellow flag waved on Lap 23 with Spencer-Walt getting spun in turn four by Goetz.

Travis Hallyburton got a good restart to take over the lead, with Dale Shaw alongside Howse for second ahead of Stade, Benedict, Shepherd and Franklin, as Kimball and Spencer-Walt battled for eighth. Kimball held off the challenge, with the field falling single-file just past the halfway mark with Zardo in 10th ahead of Goetz, Richie, Samantha Shaw, and Horner. 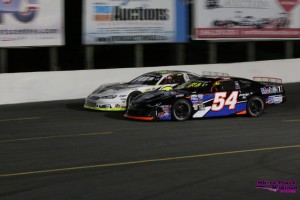 Benedict would then get alongside Stade for fourth on Lap 39, completing the pass a lap later and bringing Shepherd through with him. Shepherd would then challenge Benedict for fourth, with Dale Shaw clearing Howse for second on Lap 37. He would not get away, though, as Howse got back alongside the next lap, with Shepherd now fourth ahead of Benedict, Stade, Franklin, Spencer-Walt, Goetz and Kimball. Zardo would challenge Kimball for 10th on Lap 40, but Kimball withstood the challenge, getting by Goetz for ninth a couple laps later.

As the laps winded down, the battle for second continued, with Howse grabbing the spot with four laps to go. This would open the door for Shepherd to challenge Shaw for third, and get the spot with two laps to go.