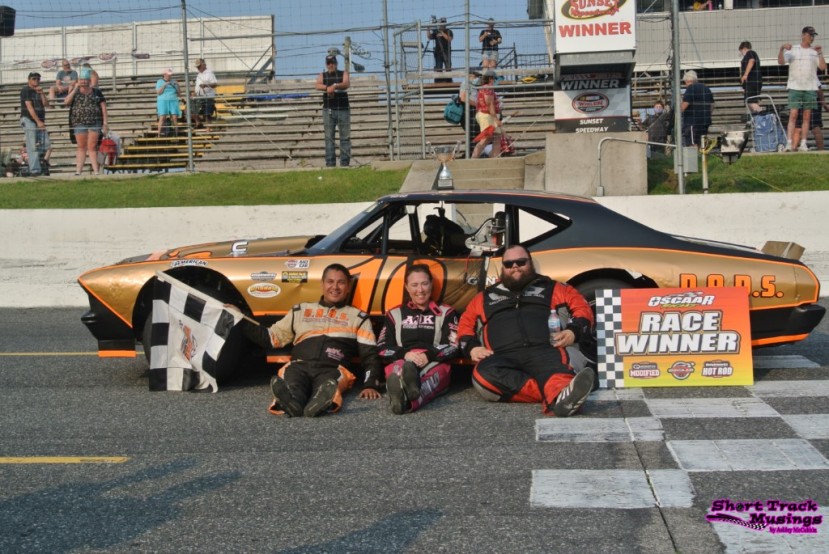 INNISFIL, Ontario — For the second time, the Knightworks Design OSCAAR Hot Rods are set to tackle Sunset Speedway, and it is looking to be an exciting show on Sunday, August 8. There will be plenty of things to watch, but here are the highlights.

1. Four Different Winners In A Row 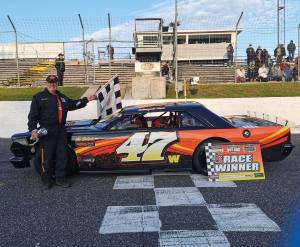 Over the past four races at Sunset Speedway dating back to July 2019, there has been a different face sitting in victory lane. Will one of these four repeat, or will a fifth competitor add their name to the list? Given the level of talent and variety of names, anything is bound to be possible.

The rookie class is second to none, and that was showcased in the season opener with Amanda Balson leading laps en route to second, with Trevor Thompson placing fifth after a pair of heat wins.

Balson may not be a surprise for many, given the amount of laps under her belt around the province and Sunset Speedway history. However, a lot of people may not have realized this was her first event at the Innisfil track since the reconfiguration in 2011. 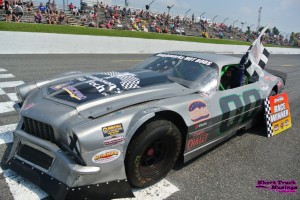 Thompson did not shock anybody too badly, either, especially when you look back at the shortened 2020 campaign. In his OSCAAR career, that fifth is his worst finish as he scored a pair of runner-up’s last year before winning at Jukasa Motor Speedway.

Marty Monette may have been debuting his new mustang, but he showed speed immediately, as well with a sixth-place finish and a heat win. Recall, he knows the configuration quite well, having visited victory lane plenty of times in Super Stock competition. That experience was something Brandon Robertson was looking forward to leaning on.

“Sunset is going to be fun and it’ll be like the old days because I will be Marty’s crew chief for the Sunset races,” Robertson shared pre-season. “When we go there, I won’t be in the Torino; my brother will be so I will be the crew chief for both cars. We’ve had lots of success in the past at Sunset with me being on the box and letting the guys drive the cars because I stink there. 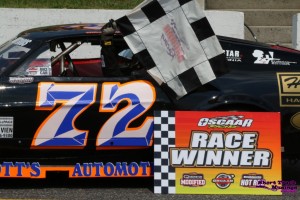 “Everybody knows Marty has a lot laps there and I know past success doesn’t say anything moving forward, but we don’t mind leaning on that mentally because I know when we get to Sunset, Marty will be in his own racecar at a track that he loves. I know what he will want in the car once we test the car and we’ll been hard to beat there, too.”

While some celebrated their finishes two weeks ago, Cole Weber and Paul Senior will be looking forward to a re-do.

Weber won his qualifying heat and was an early favourite heading into the feature starting on the pole. However, mechanical issues would put him behind the wheel on Lap 28. What can he do this time around? 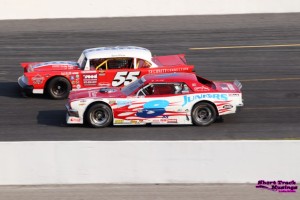 Senior knows how to run well at Sunset, evident by a third-place finish last year. However, he would go down pit road just past halfway with issues. It’s a bummer when you consider he circled the event pre-season due to past success and his home track.

5. Watch out for Book and Alderson Jr.

While the focus is on the new blood in the series, don’t forget about Steve Book and Billy Alderson Jr. The pair are among the veterans of the divisions, and know how to win at each track on the schedule, as evident by the all-time wins list.

Book had a strong showing two weeks ago, placing fourth after solidly running inside the top-five all feature. Alderson, meanwhile, was eighth after starting deep in the field following an incident in qualifying.