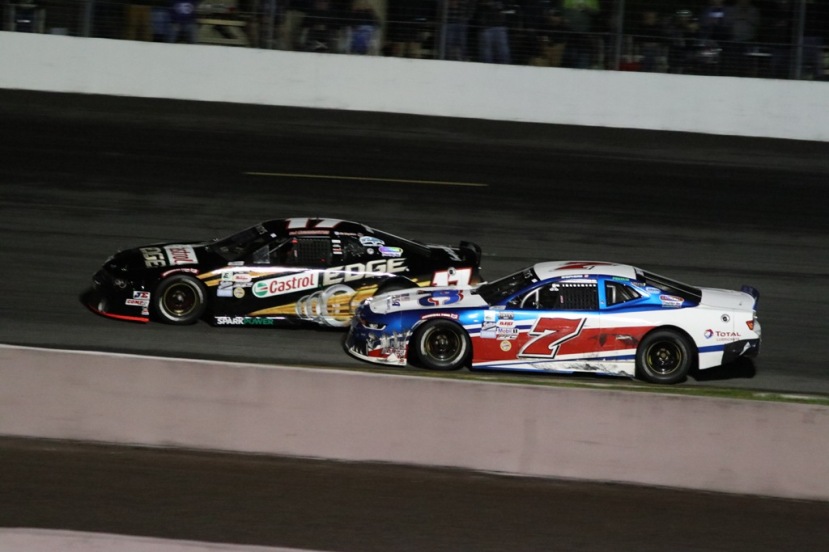 INNISFIL, Ontario — For fans tuning into the NASCAR Pinty’s Series races at Sunset Speedway, they would have saw a bunch of familiar faces from the APC Auto Parts United Late Model Series of Ontario.

Each driver also shined at one time or another across the events, as well. Lapcevich and Shepherd were both threats to win in the pair of races, but incidents resulted in them being taken out of contention. Kennington rebounded from fuel-pump issues in the first race for a runner-up in the second, while Gemmell showed speed in his debut for a fifth.

While totally different cars, Shepherd and Gemmell concluded the 250 laps on Sunday night may prove to be helpful when returning to Sunset Speedway on August 14 for the Dayco 100. Shepherd enters the event coming off a runner-up at Flamboro, while Gemmell looks to rebound after finishing 15th.

“I think running the laps here is really good for me,” Shepherd told SHORT TRACK MUSINGS. “This is a place that I haven’t ran a lot of laps – three or four races and that’s it. So getting those laps is valuable and to be honest, the 80 racer (Raphael Lessard), he’s a fantastic racecar driver. He has such a great future. We all know he’s won races at high levels at NASCAR. I’m not taking anything away from his driving – he actually taught me some things here and made me faster, which I appreciate.” 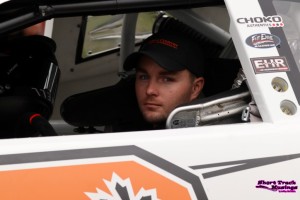 Gemmell will get seat time back behind the wheel of his Late Model before then, set to run the Grisdale Triple Crown at Flamboro Speedway this coming weekend.

“We’ve got our set-up set for the Triple Crown coming up here,” he said. “So we’ll get back to the shop, get all dried up after today, and get our notebook open and get the car ready for Flamboro.”

“We’ll have to see how it goes,” he admitted. “The Pinty’s Series is our main focus, it’s our bread and butter. I love the APC Series Late Model stuff, but we’ll focus on that another time.”