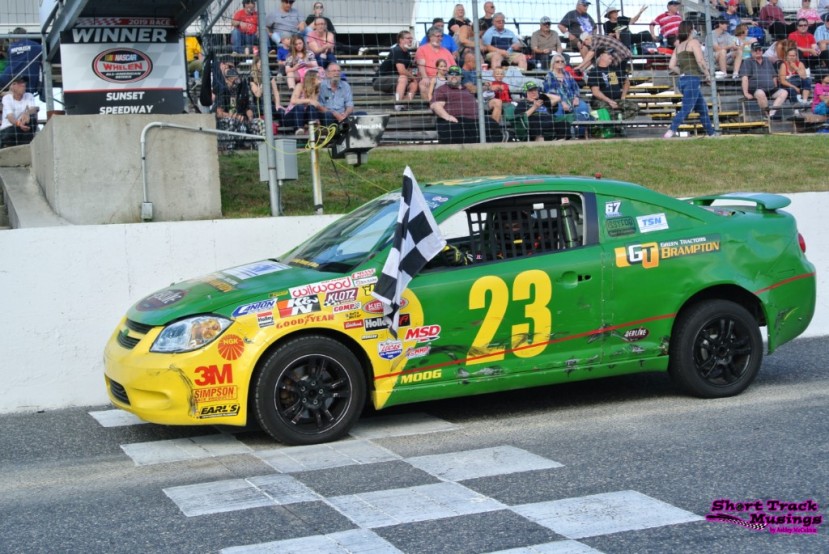 INNISFIL, Ontario — After seeing his chance at winning fade away on the final lap on the opening night, Matt Boyes was not going to be denied on Saturday at Sunset Speedway.

Austyn Jennett scored the victory in the first heat ahead of Brandon Steele, Aundrea Lusk, John Bird, and Cheyenne Reed-Charles.

Matt Boyes won the second qualified ahead of Andrew Shilling and Calvin Ressor. Notably, Ressor did not complete all the laps due to having mechanical issues, while Karlie Wilman did not take the green.

Brandon Steele scored the victory in the third heat ahead of Lusk, Bird, and Reed-Charles. Jennett started off strong, but contact with the inside wall off of turn two ended his race early.

Matt Boyes went for the daily double ahead of Ressor and Wilman. Shilling would fail to start due to mechanical issues. 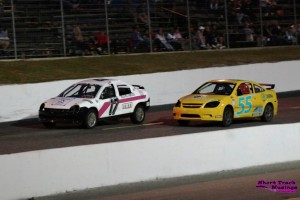 The start would see a battle for the lead between Steele and Boyes, with Boyes grabbing the advantage on Lap 2 ahead of Steele and Lusk. Lusk would then get by Steele for second a lap later, with Bird in fourth ahead of Ressor, Shilling, Wilman, and Reed-Charles. The battle for fifth would see significant contact down the frontstretch, with debris falling on the track in turn one for the caution at Lap 6.

Matt Boyes would get a good restart, cruising away from the field through the second half of the race to score the victory. Brandon Steele made the late-race move on Aundrea Lusk for the runner-up position, ahead of John Bird and Karlie Wilman. Andrew Shilling finished sixth, followed by Calvin Ressor, and Cheyenne Reed-Charles.