Karley: Canadian Vintage Modifieds are “Best Bang for Your Buck in Racing in Ontario.” 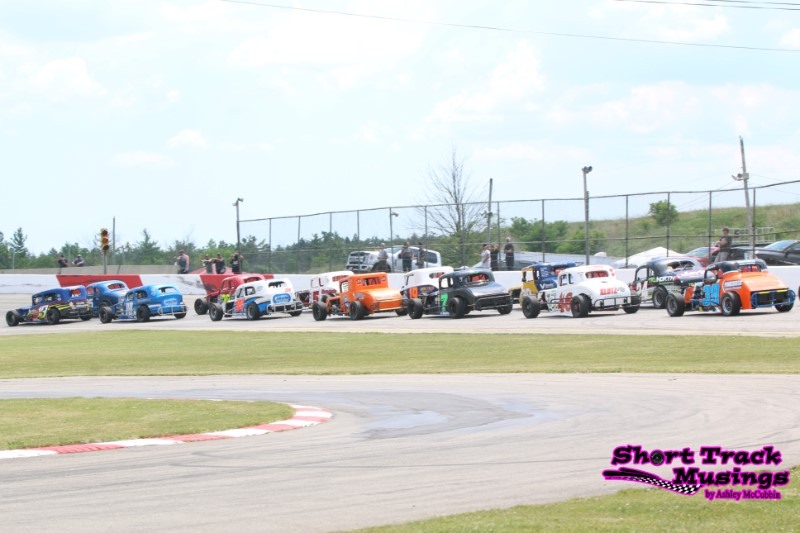 When it comes to racing Canadian Vintage Modifieds, the saying is simple – it’s the best bang for your buck racing in Ontario.

It’s no secret that partaking in motorsports is not a cheap hobby, but the right rules put in place for the rulebook have allowed drivers to spend $30,000 building a car from the ground up to partake in the series. Then once the car is built, those same rules allow you to run a set of tires for five nights, and a maintained motor for six years.

“So you still got your speed, but your cost is way down,” CVM President John Karley said. “Guys respect each other because it’s open wheel. If you’re a weapon in a thunder car (now super stock) or you like driving into people, you’re not going to do well in an open-wheel series because we’re not going to put up with it number one, but you’re going to wreck a lot of equipment.

“Dollar-wise it makes sense, and uniqueness as every one of our cars look different. If you look at a Limited Late Model or Super Stock series, every car looks the same. Our cars are run by a club – it’s not run by the track, it’s run by us. We’re about racing as a group, working together and getting along.” 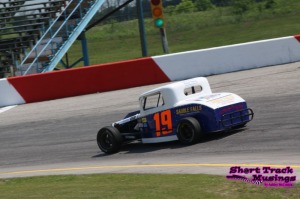 John Karley took the reins of the series into his own hands entering the 2020 season, and has brought forth a re-surgance that saw 24 different cars on-track at Flamboro Speedway despite the shortened campaign due to COVID-19.

“I was impressed,” he commented. “I was hoping that we would have 24 cars every race, not taking into account some of the cars that came back needed some work so there were some mechanical issues. But overall, we went from an average of 11 or 12 cars to having 23 cars at opening night, 17 and then 18, so we did good.

“It grew in – I can’t say popularity because the club has always been popular, but in the guys that we wanted to come. We have some pure stock guys, mini stock guys, we got some guys that raced before that came back. So I’m pretty impressed with the cross section of the club – different ages, different feelings, different thoughts, but everybody was on the same page so there was no bad blood. The club, I was pretty impressed with how it came together.”

The progress looks to continue as we head into 2021 and beyond, with five new cars in the process of being built to put their numbers up to 32 or 33 in total. The continued resurgence comes as no surprise, given interest being felt from all avenues and the opportunity to run 18 times this year at Flamboro Speedway.

“We do have a few people that are in go-karts right now and there’s a few families that are talking about moving to Vintage Modifieds – you can run with us when you’re 14 years old,” Karley explained. “There’s that option, and that’s where we’re going to draw new drivers from – that and the pure stocks and mini stocks. If you have a thunder car, if your motor is as it came from GM and take it to one of our engine sealers, then you already have a rear-end, seat – so to build a hobby car, it’s going to be a lot of cheaper because you have a lot of stuff.”

With Karley at reins, things have seemingly taken shape as he has spearheaded changes to the rulebook that allow for several different approaches to be taken for those interested.

“Our rulebook has the dimensions of a frame so you can build your own. You can also build your own bodies but if you do, it has to look like a pre-1949 car, like an ‘old coupe or coach,” he explained. “We would work with you on that and as you’re making it, if we see something that doesn’t look right, we’d let you know.

“The problem we have right now – I love the rat rod guys, but they’re buying all the bodies. Back in the 90s, you could buy ‘ol coupes in a farmers field, but the rat rod guys are now picking that up and sometimes even less than you could race with based on the old rules of having to be an original steel body from the window up.

“Now we have think outside the box, and look at what we can do to get new blood in. The racers now a-days are different; they’re not building from the ground-up cars, but building from what’s off the shelf. There are teams that are doing that and don’t say that to make those guys angry, but the world of racing has changed and a lot of people just want to buy stuff off a shelf, which is fine, because we all still want to race.”

Being able to get people out to the track to race and partake in the events is Karley’s end game, and it goes beyond just the rulebook. He notes the club that likes to play together is “doing everything we can to get cars on the track,” which will include hosting a couple special events at the track.

On a pair of Sundays through the summer, he plans to allow the sponsors and crew members of the various entries to come out to the track, and have a chance behind the wheel as a way to say thank you to those individuals. Though in hopes of helping Flamboro Speedway as a whole, there is possible plans to allow the pure stocks and mini stocks to join in the fun for the same purpose.

While these are going on, fans who have a ticket stub from attending an event prior in the season would be allowed to attend for free to get an up-close look at the racecars and speak to the drivers about them. The theory behind it? Get people to the track, get them interested, and plant the seed so they remain involved.

It’s the same reason why he plans to take a couple cars to the Waterloo Regional Kart Club to allow those drivers to see them up-close, easily opening them for consideration down the road in their career.

“We’ll keep plugging away,” he commented. “The car count is going to get better, and the cars are going to get better. Some of the teams that didn’t have real good equipment now have better equipment because some of the other teams have stepped up and helped them, and that makes the cars better, the show better, and the fan experience better and then it just snowballs.

Stay tuned for Part 2 where we explore John Karley’s personal plans for 2021 and his career to date.