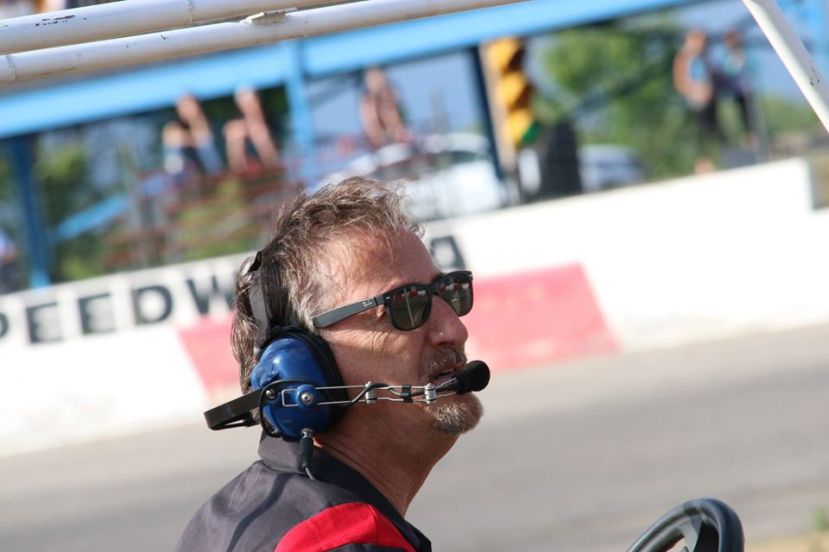 These days when you head to the track to see an OSCAAR event, you have come to expect three divisions of great racing – the Queenston Chevrolet Buick GMC OSCAAR Modifieds presented by Scott Reinhart Trailer Sales Ltd,, The Fyre Place & Patio Shop, and Touchwood Cabinets, the Knightworks Design OSCAAR Hot Rods presented by Sauble Falls Tent and Trailer Parks, and the Living Lightning OSCAAR Pro Sprints.

When it comes to the Pro Sprints, the big thanks for making it happen go back to Charles Francis and the vision he originally shared.

“30 years ultimately means success,” he commented on the series’ anniversary. “Any racing series of any form in North America that can continue to perform year after year, no matter the economic conditions, track conditions, and can maintain membership strength for three decades has proven that OSCAAR is an outstanding series.”

While only being associated with the series for the past five years, the memorable experiences boil down to one thing – people.

“Being able to share a race track with the likes of Gary Elliot, the Maclean’s, and the Westwood’s, and being part of them made me feel like we were in the big time for Ontario racing,” he said.

The ideology behind bringing the Pro Sprints to life was created out of necessity after watching the Hurricane Midgets.

“It was formulated through experience and necessity through the Hurricane Midget’s non-suspended racing series,” he explained. “We needed to give drivers a high performance, and more comfortable racing experience. Knowing that Ontario race tracks could not all afford to repave, we needed to adapt to the present track conditions. And adding suspension was the way to go.”

Since the first season where only a handful of drivers were among the weekly participants, the series has grown to see fields up to 20 cars at times over the past couple seasons.

“I’m very satisfied with the current numbers, but honestly would like to see more membership,” he reflected. “I am confident that that will happen as we continue to make changes that will cut costs, and provide fast and safe racing.”

While they may be small in size, there is a lot packed in there with regards to them – just take a glance at the stopwatch.

“Don’t be fooled by our size, because this is the fastest car at an OSCARR show,” he commented.

Francis wasn’t just the creator of these cars, either, as he got the chance to get behind the wheel a couple years ago at Flamboro Speedway for the first time in eight years. It didn’t go too badly, either, with a third in the first heat and a fifth in the feature.

“I felt as excited as the day I won the 2009 championship season,” he commented. “I was so happy that all the work that we put into the design of this car, was so successful. I was absolutely thrilled by the performance, comfort and handling of this race-car. It was on rails.”

Whether we’ll see that sight once again or not is yet to be seen, but the fact the Pro Sprints will continue to add pages to the OSCAAR history books is something we can look forward to.

“I see nothing but continued growth and success through Dave Gainforth’s leadership & to see the stands full of families and their kids,” he said. “Perhaps even the future generation of racers. PS: I see myself at the track also. Maybe in the stands. Maybe behind the wheel. But I’ll always be working behind the scenes, and I’ll always be a part of OSCAAR

“Thank you to Dave Gainforth, and Ashley McCubbin, and all the staff at OSCARR for all your hard work. We’ll see you at the races.”