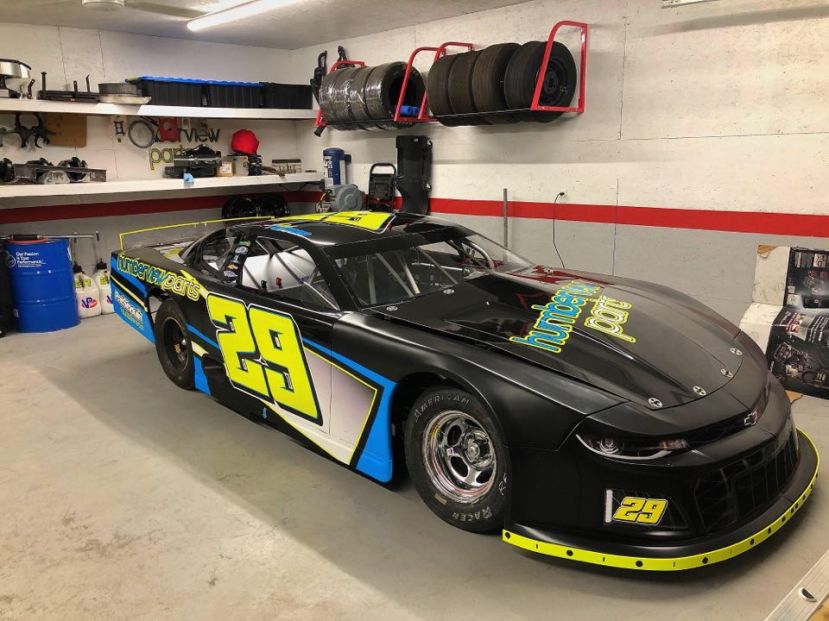 The entry list for this weekend’s Operation Green Flag Super Stock event at Flamboro Speedway includes a variety of drivers, including one of the newer faces to the scene in Paul Pepper.

“I’m just excited,” he told SHORT TRACK MUSINGS. “We were really supposed to go racing – I was going to run Sunset (Speedway) as my main track and then travel around and do invitationals, and obviously with COVID and everything going on, we all know that hasn’t happened. So I’m just excited to get out and turn some laps. I did some testing with the new car and it went really, really well. I’ve been chomping at the bit to get to the track.”

Based on the success of the test session and seeing the lap times they were able to put up at Sunset Speedway, Pepper knows their chances are good, but also wants to focus on having fun.

“We all say that we’re going to go and have fun and as soon as the engines turn on, that goes out the window sometimes,” he explained. “But really, just go out and have fun and with this being my third year racing – the first two years were definitely a good learning experience, definitely challenging. It takes a lot to go out and every weekend to run at the back and learn.

“But I think this weekend, it’s about going out and having fun, and seeing where we shake out. We were extremely fast at Sunset when comparing times to cars from last year, so I think we’ll put on a good show either way.”

The focus first will be on qualifying, with hopes of putting up a strong lap ahead of the 50-lap feature behind the wheel of the No. 29 Humberview Parts, ImageWraps.ca, Pat Sigouin Transport, Walker Manufacturing, Junior’s Tire, and Five Star Bodies entry.

“I’ve never raced at Flamboro so it’s going to be an all-new experience for me,” he said. “Talking with guys like Andy Kamrath, he’s saying it drives a lot like Sauble, which is good as I have a lot of laps at Sauble. But we’ll see how we shake out. If we qualify up front, we’ll try and stay there; if we qualify in the middle, we’ll try and avoid all the chaos and see where we are at the halfway point.”

Over the past two years, Pepper has been a regular competitor at Sauble Speedway, gaining experience on a weekly basis while traveling to Sunset for a couple events. The biggest thing he picked up during the first two years he feels will help this weekend is a focus on preparation.

“Just making sure you’re doing your bolt checks, you got your car scaled before you go to the track; you shouldn’t go to the track and be throwing a bunch of stuff at the car,” he commented. “You should be leaving the shop with where you think it should be, and just the amount of work that goes into doing that, it can be overwhelming at times but we all do it because we love to do it.”

Pepper knows he won’t have it easy this weekend, quickly noting that it is a stacked field across the board with several good drivers, and good cars in the mix.

“You look at guys like Marvin Freiburger whose extremely fast, you got (Ken) Grubb, Cory McAllister, Rick Verberne – there’s a lot of good cars,” he said. “You’ve also got Jake Zevenbergen and all those guys. The names are almost daunting when you look at your list, but we’re going there to start making a name for ourselves. So bring it on, we’re ready.”

As for the past couple of months during the quarantine, Pepper said he’s been staring at his car, drinking beer and crying while waiting for some racing to happen.

“Honestly, it’s been a good opportunity to save a little extra bit of money not racing every weekend, but also kind of get done all those little things that you wanted to do that were always on the ‘it’d be nice if we could do this one day,’” he added. “Without racing and having some of the great supporters and sponsors that we have, we’ve been kind of able to button some of the stuff that we’ve been wanting to do but haven’t gotten to do.”