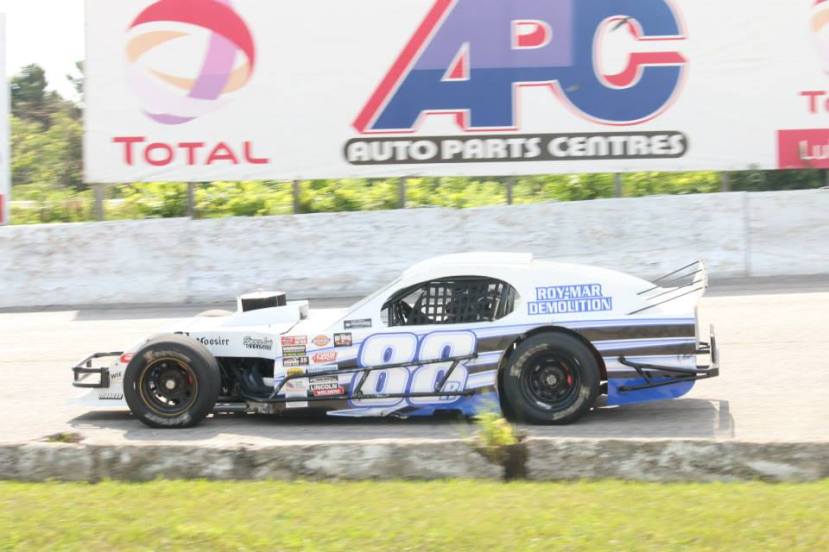 After spending a couple years away from the division, Tommy Robb is set to get back behind the wheel of a Queenston Chevrolet Buick GMC OSCAAR Modifieds presented by Scott Reinhart Trailer Sales Ltd in 2020.

“We are excited to get back to racing on tour,” he said. “2015 was our last race with the modified division so it’s been awhile. As of right now, our plan is to be part time, attending the races we really want to be a part of and maybe more – budget pending.”

With his last season dating back five years ago, Robb admits that he is not setting a lot of goals entering the year.

“Honestly, I need to get back into the car and comfortable again, even completely rebuilt this car from the ground up,” he commented. “Hopefully with that, we can be competitive in what is a stand out division right now.”

Being able to watch some of the events from the sidelines, Robb is quick to note the competition level is currently “like no other” right now.

“Veterans have their programs figured out and a long list of rookie stand outs from other divisions and tracks across the province that I’m sure will be up to speed very fast,” he said. “The car count is through the roof so it should be exciting for sure.”

One of the stops on the circuit that is expected to boast a high count once again in 2020 is Jukasa Motor Speedway. Robb is ready to make his first laps on the half-mile after crewing and watching a couple late model events there over the past two years.

“We had great success at Kawartha (Speedway) so I’m looking to repeat our big track performance and be a part of the events at the crown jewel,” he expressed.

For Robb, his start in racing came by competing in a Mini Stock at Full Throttle Motor Speedway.

“My father and a group of his buddies raced there for three or four years before that,” he recalled. “His buddies kinda gave up after that and the seat became open so I filled it and been doing it ever since.”

Through the years, there’s been several memorable moments, which makes choosing one that stands out certainly tough.

“I had a very memorable late model race at Varney against Brandon Crumbie,” he commented. “There was my first ever race at Kawartha finishing fifth driving from the back while racing Terry Baker all the way through the field. We make friends and memories every week at the track so it’s all good.”