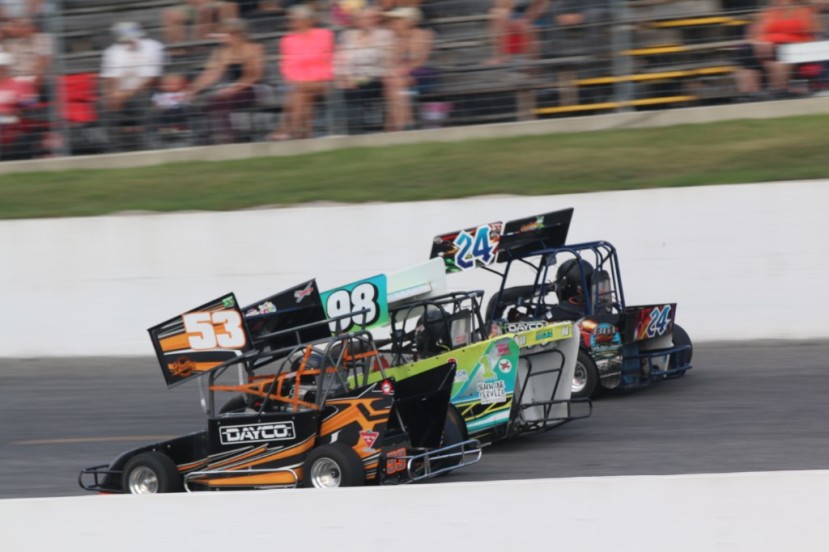 Through the past couple years, the Outlaw Midgets have grown a reputation with steady growth as it seems there’s always new faces getting involved in racing through the division.

In keeping up with the discussion, here are some competitors who have openly discussed their 2020 plans as of January 23, 2020.

After a season with nine top-five’s and 12 top-10’s highlighted by a victory at Sunset Speedway in August, Mike Bradley is ready to return in 2019. While hoping to grow the club as a whole, he has set his personal goals for 2020 on placing in the top-three in points, with multiple feature wins. Additionally, Bradley would like to see the No. 15 (piloted by his brother Dave Bradley) score a podium, if not possibly a feature win.

“I think the Outlaw Midgets are only gaining traction from year to year,” he said. “This past season, there was a bunch of rookie drivers that have what it takes to win. I have been nominated and accepted a position on the executive of the club. I have only the best interest in continuing to grow and encourage rookies and new drivers to choose the Outlaw Midgets as a club to be a part of. I do believe that the tracks love the competition we bring and we will continue with the great show.” 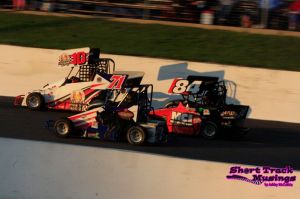 Wayne McKibbon also has his sights set on the top-three in points, while hopeful of scoring a podium feature finish. To help ensure that happens, he says the key will be practice and seat time.

Kevin Spiez is hopeful of debuting a brand new car that him and Robin McLean have been working on. Though if is not ready, the focus will be continuing to improve the current chassis by “getting the balance better, getting the chassis to work differently, and getting an old car to work like a new one.”

After getting his first podium in 2019, that’s something he’s focused on repeating now moving forward.

“I’d love to have another podium – that’d be the icing on the cake,” he said. “I’d love to win a race, but a podium again would be like winning anyway. But doing that, and seeing the club grow and function like a family. That’s a big part of a club and part of the appeal to it.”

As for front runner Jody Bound, he let STM know in November that ““there could be some surprises” in store for 2020.