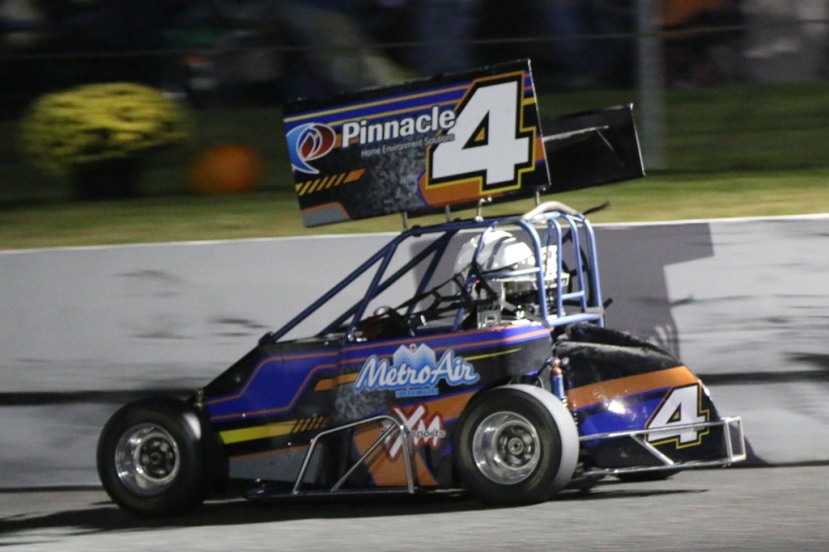 Despite being faced with adversity throughout the 2019 Living Lighting OSCAAR Pro Sprint campaign, Ryan Battilana was able to score a fourth-place finish in the year-end standings.

“Last year was a tough one,” he reflected. “I had a good car for most races but things never seemed to go our way. Just couldn’t seem to get over the mechanical gremlins.”

Through the season, he was able to score 10 top-five’s and 13 top-10’s, highlighted by a pair of runner-up performances at Sunset Speedway. For Battilana, the Fall Velocity 250 podium was his favourite between them.

“(It) was a tough year and that was like getting the monkey of our backs,” he commented.

Now as he looks towards the 2020 campaign, he says he is looking forward to the opportunity ahead.

“I think the championship is up for grabs by anyone,” he said. “It’s going to be an exciting year for both the drivers and the fans of the sport.”

His team will be focused on the chassis of his No. 4 Pro Sprint with the engines all being equal due to the series motor program.

“It’s taken some time, but I think we’re very close to nailing down where the car is happy being,” he said.

Being able to bring his A-game will be important, as the series competition level is right now at “it’s highest” since the inaugural campaign of the series.

“James Stanley and Daniel Hawn were both able to raise their cars to another level,” he reflected. “And the mid field cars are only getting better each race. What Rob Summers was able to do this year was great.”

The competition is only set to increase, with more rookies throwing their names into the hat. For those drivers, Battilana says they should take it easy at the beginning, and learn how fast these cars are.

“Things happen real quick in these cars,” he explained. “As Daniel Hawn once said, ‘Little cars, big guts,’ or something along those lines.”