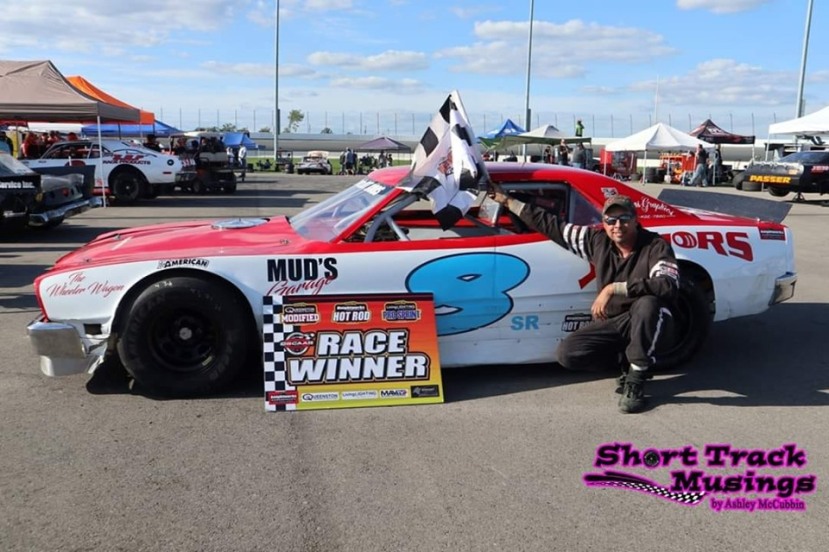 Debuting a brand new Ford Maverick in the series’ second trip to Sunset Speedway in June, Paul Senior was quick right out of the gate this year. He ran in the top-five throughout the 20-lap feature, en route to scoring a fourth-place finish. He showed speed a couple weeks later at Peterborough Speedway in practice, but ultimately would be forced to pull into the pits early in the feature due to a motor issue.

The return trip to Sunset Speedway proved that the issues were resolved under the hood, with the same speed back. He once again ran in the top-five as he has done a month earlier, avoiding a mid-race incident en route to a fifth-place finish.

It seemed the more laps that Senior was able to put down, the faster the No. 8sr entry got. He would run up front in both features at Flamboro Speedway, en route to a pair of podium performances.

The confidence only grew when he went to Jukasa Motor Speedway a week later and scored a heat victory. He looked poised to score his first career series feature victory, when contact while battling for the lead sent him around. The team would make the necessary repairs to get him back out on-track, with senior driving his way back to finish sixth.

Unfortunately, the bad luck followed him to Sunset Speedway for their Fall Velocity weekend, with Senior involved in a couple different incidents throughout the event en route to a 14th-place finish.

Despite an early ending to his campaign, Senior certainly proved that he has the potential to not only contend for feature victories in 2020 and beyond, but possibly a championship. On behalf of OSCAAR, congratulations on your success this year and we look forward to seeing the Maverick back on-track.