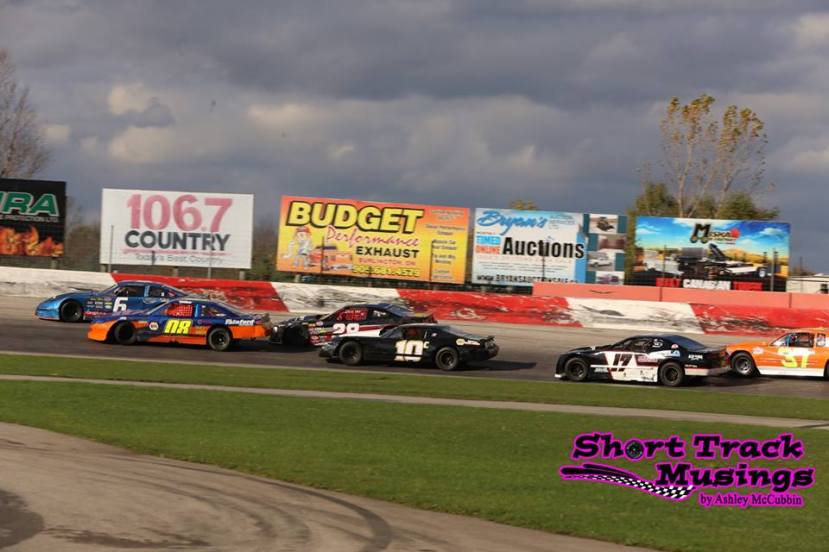 After a pair of entertaining invitationals at Jukasa Motor Speedway and a pair of great shows at Sunset Speedway, the Super Stocks are ready to take center stage at Flamboro Speedway’s Frostoberfest on Saturday with twin 50-lap features.

Through the last eight years, there have been six drivers have had the honor of taking home the prestigious trophy, with Shawn Chenoweth as the event’s only repeat winner. Who will join the club in 2019?

No. 03 Steve Ecker knows his way to taking home the exclusive trophy, having done so in 2016. Although the No. 03 has not been seen much through the 2019 campaign, the team is known for making a yearly appearance at the special event.

No. 1 Trevor Collver will be hoping to score the victory for special reasons, as he carries the late Jared Doxtater on the hood of his Camaro. Collver has been impressive in the invitationals this year, winning at Jukasa Motor Speedway in June before finishing third in September. He was also a front runner at Delaware Speedway all year long.

No. 10 Dennis Cybalski has had a quiet season at Flamboro Speedway, scoring seven top-five’s with a best finish of third across his eight starts this season. He also finished 22nd in both Jukasa invitationals.

No. 12 Justin Collison knows his way around Flamboro, having scored two victories this season with 11 top-five finishes. He also came close to taking home the win last year, losing in a tie-breaker.

No. 13 Brad Collison is essentially the king of Flamboro, as he won his fifth career Super Stock Championship this season with nine trips to victory lane and won Frostoberfest last season.

No. 16 Zack Casemore made a one-off appearance at Flamboro Speedway this past month, and found his way to victory lane that night. He also put together a solid season at Sauble Speedway, and finished 24th at Jukasa in June.

No. 17 Gerrit Tiemersma was part of the championship conversation at Sunset Speedway, and kicked off the play-off season by winning the track’s Velocity 250 feature a couple weeks ago. He also has visited victory lane at Flamboro Speedway this season, scoring a win on August 17. He finished 12th at Jukasa in June.

No. 27 Steve Cashmore won the final feature of the regular season at Flamboro for his third victory of 2019, proving the camaro is fast. However, he has announced a guest driver will be behind the wheel with those details not yet revealed.

No. 31 Brandon McFerrran has shown speed at Flamboro in 2019, scoring seven podium finishes in eight starts, including a victory on June 28. He also scored a pair of top-five’s in the Jukasa invitationals, and finished fifth in Sunset’s August invitational.

No. 36 Ken Grubb is always one of the guys to watch, as evident by Lane Zardo driving the No. 36 to victory lane in the September event at Jukasa Motor Speedway. Grubb has shown he’s also capable of producing a great run, as he had a great season at Sauble and finished fourth in Sunset’s Velocity 250. 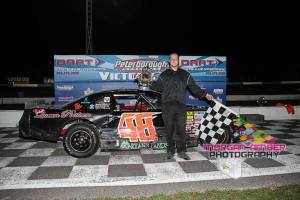 No. 48 Coltin Everingham made the trip to Flamboro last weekend, finishing second in both of the track’s features. The 2018 Sunset Speedway Track Champion also put together a solid season once again with a feature win and six top-five’s at his home track, and finished 13th at Jukasa in September.

No. 52 Kyle Passer was a front runner at Sunset Speedway all year, scoring a runner-up in the final points standings and won the track’s August invitational. He also finished third at Jukasa in June.

No. 71 Cory McAllister was fast at Full Throttle Motor Speedway en route to winning the track’s championship. He also showed his speed on the road, leading early at Sunset in August before mechanical issues took him out of contention.

No. 72 Randy Rusnell is always in the conversation, and that was shown by a solid campaign at Flamboro with 16 top-five finishes, including a victory on May 18. Unfortunately, the invitationals haven’t treated him too well thus far in 2019, with a best finish of 10th at Jukasa in June.

No. 73 Nick Troback was fast all year long at Flamboro, with three victories and 11 top-five finishes. He then finished 14th in both Jukasa events. 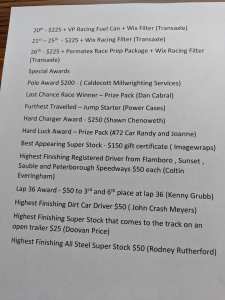