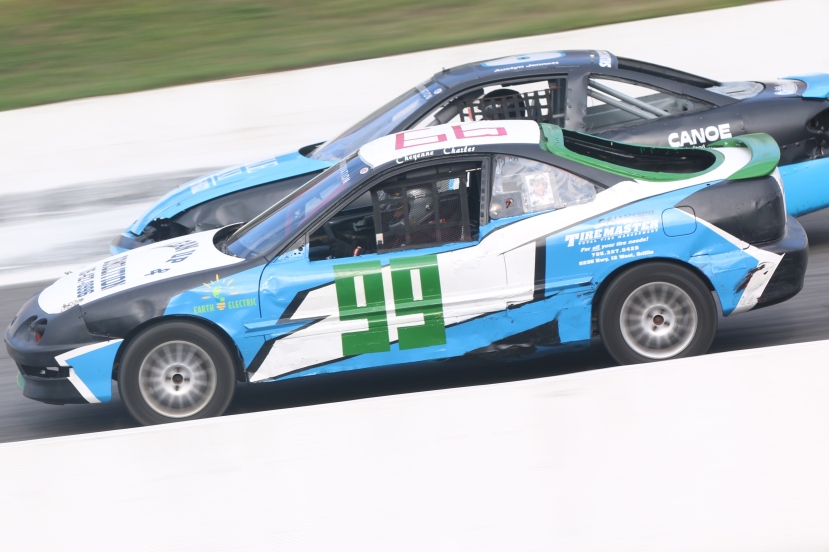 INNISFIL, Ontario — Cheyenne Charles can finally rip the rookie stripe off of her back bumper, as her first official full season is complete at Sunset Speedway.

“The season went really well,” she commented. “I’ll have to admit we had some difficulties like blowing my rad during practice, but getting a new one. I had so many people running over helping me get it changed with a half hour to spare before the green flag dropped. That was definitely a stressful day for me.

“The car was easy to deal with other than a couple issues. We just fooled around with tire presser during practice but we always knew what we wanted during the heats and feature. So there was never really anything to do with the car, except hope for a good run.”

“I have to admit that was awesome,” she commented. “Having a bunch of people come up to me and saying that’s awesome for my first year, plus being a girl? Everyone always complimented me. Definitely made my rookie year one to remember.”

Looking back on the season, she says the biggest thing she learned was to not let others get to her.

“I suffer with severe anxiety so ya, at the beginning of the year, the guys would push at me hard and I’d let them,” she admits. “But by the end up the season, I wasn’t backing down; I went four-wide, stuck in the middle around turn three and four two weeks ago, and I just laughed because of it. Next year will be fun; I can say that.”

After her successful campaign, Charles will be back in the Bone Stock division.