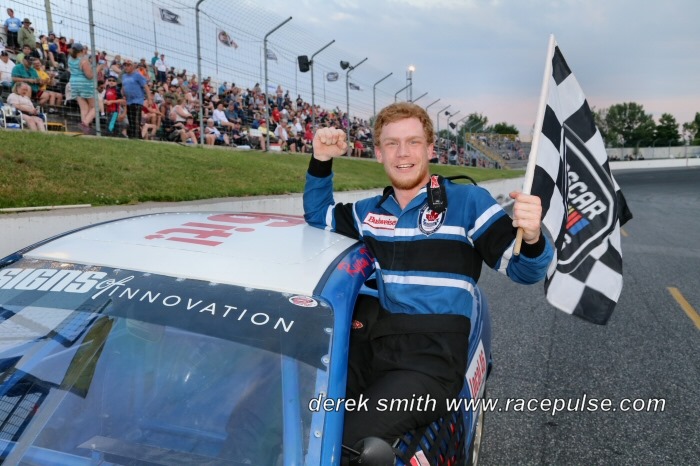 For the second time this year, Ryan D’Antimo found his way to Signs of Innovation Bone Stock victory lane at Sunset Speedway.

Starting up front, he quickly put the No. 46 out front and never looked back en route to his second career victory. It also marks his fourth top-five finish of 2019 following mechanical issues on June 22.

Two-time feature winner Joe Dunlop finished second for his fifth top-five finish, with Matt Boyes in third in his second ever start behind the wheel. Aundrea Lusk finished fourth for her second top-five, with Jeff Laflamme in fifth.